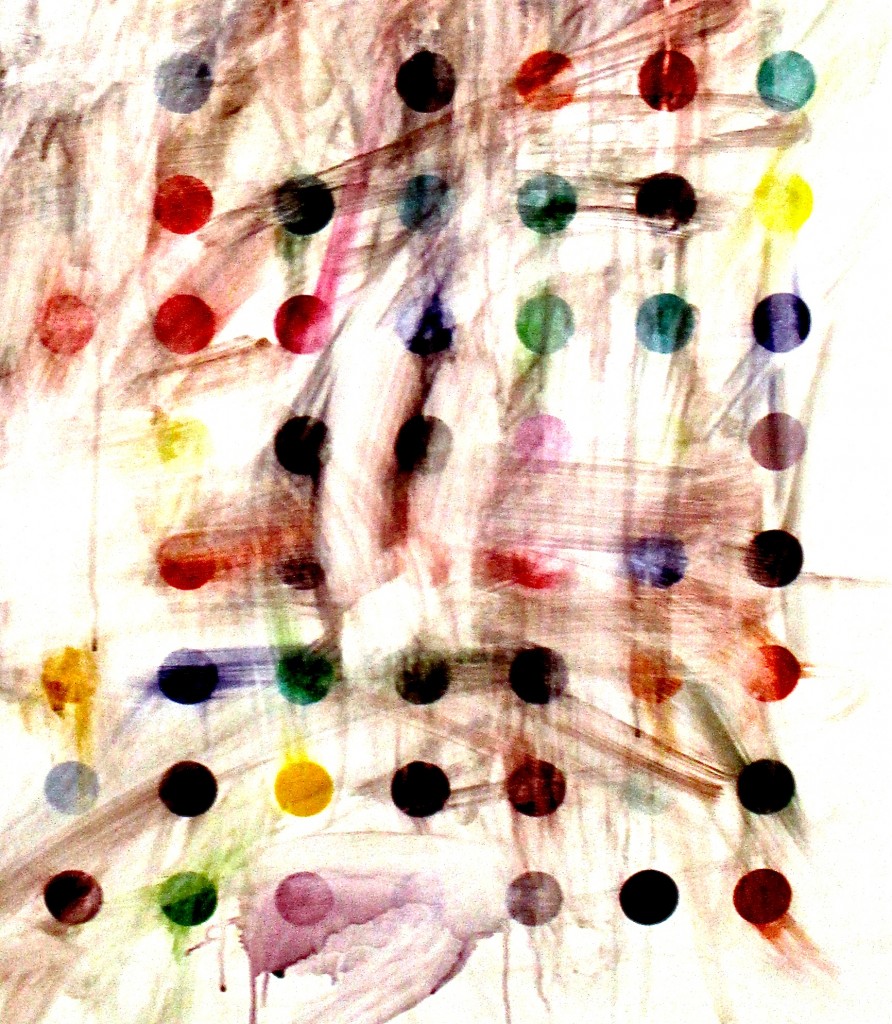 I met Greg Fadell at a dinner following the Franklin Sirmans lecture at the MOCAD a few weeks ago. It is always refreshing to meet someone with a similar level of disinterest in small talk in a social context designed largely for small talk. So, given the opportunity to continue the conversation, I took pursued an invitation to visit his studio, in the former school building-turned-Cass City Cinema over on Cass and Peterboro. Fadell’s digs are in a large former classroom with blue paint peeling off the walls, and a 1:12 scale rendering of his recent installation at the MOCAD assembled on one table.

Greg and I have a lot in common. Both of us fled from careers in advertising, when a moment of clarity revealed the wrongness of our actions. Both of us have a mixed set of feelings about the concept of the Art History canon–Greg expresses this through the literal dissolution of works from his college Art History textbook, of which he has erased large portions, before moving on to poster-sized works that comprise his current movement. I express this through my outspoken stance that an MFA should not act as a gatekeeper for people who wish to have a relationship with art.

Previous iterations of Greg’s work included “Nothingness” at Simone DeSousa Gallery, which was based in his processing of the text “On Being and Nothingness” by Jean-Paul Sarte. This exemplifies a quixotic aspect of Greg’s personality–everything about his work, from process to inspiration to materials, is deeply considered, but until you really engage with him one-on-one, he’s not going to make an effort to explain that. Ultimately, he expresses a dedication to a baseline sense of aesthetics that he hopes communicates meaning regardless of context, but it is interesting to discover a great deal of context, if you’re willing to scratch the surface.

It was one of those conversations where three hours evaporated in the blink of an eye–the kind of energetic exchange that is at the heart of why I pursue “Breakfast with the Artist” in the first place. We both have an pet obsession with various elements of media culture–I feel compelled to revisit Greg’s commentary on cultural pressure and art valuation, as expressed through the perennial favorite, “Antiques Roadshow.” For my part, I finally found the ultimate partner for discourse on my “The Price is Right” theory.

Thanks to Greg, for a gratifying meeting of minds and strictly large-talk affair. The first of many, I hope!