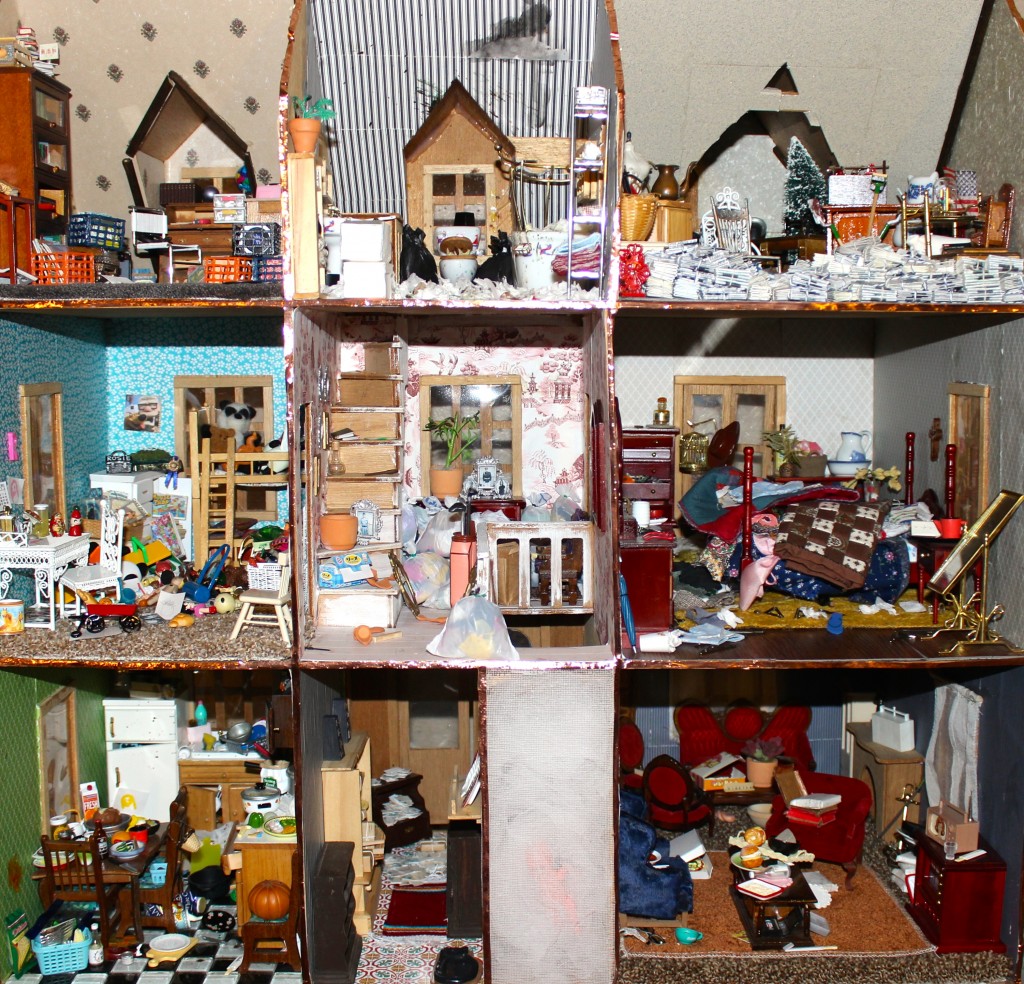 Is there anything greater than a friend who really gets you (and likes you anyway)? There is not. One such friend of mine happens to be esteemed person, accomplished mystery/thriller novelist, and NYT Bestseller Chelsea Cain. I know, right? Don’t be jelly.

Chelsea and I connect on a number of issues, but none so much as stuff. We like weird scraps of stuff, and turning it into other, crafty stuff. Despite the fact that she has a highly productive writing career, I mostly observe Chelsea doing thoughtful things for other people. Like, more or less whenever I am around her, she is thoughtfully arranging little gifts, adventures, and surprises for her family, her friends, and random little bridge trolls like me. Most recently, a Chelsea-style surprise arrived at my doorstep in the form of a box full of dollhouse furniture that Chelsea stumbled upon at the local Goodwill. This was accompanied by the following note, which showcases Chelsea’s dark humor:

Obviously a doll must of died & her family had an estate sale.

Chelsea is referring, of course, to my hoarder dollhouse project, of which she is a big supporter, and has had a big level-up, thanks to her box of goodies. Because, of course, I am a miniaturist, and verge always in the direction of over-perfecting things. But a hoard? A hoard needs too much stuff. Uncontrolled stuff. Stuff everywhere, like a crazy out-of-control situation. So I promised myself I was going to cram at least half of whatever Chelsea sent me into that dollhouse, and let it take over. Additionally, I have a new set of collaborators on the project–as I sat down to begin work last night, I found that a spider had laid her eggs somewhere around the dollhouse, and when I turned on the light and the fan, they scattered everywhere, seeking the higher ground that would let them fly away, all Charlotte’s Web-style. And at first I was like GROSS DIEEEEE!!! but then I was like, WAIT, I have a perfect SCALE INFESTATION. If I am lucky, at least a couple will stay and start making SCALE COBWEBS in the house for me.

I really hope so, because Chelsea Cain is not the only one in this friendship with a fucked-up set of ideas about things that would be awesome.