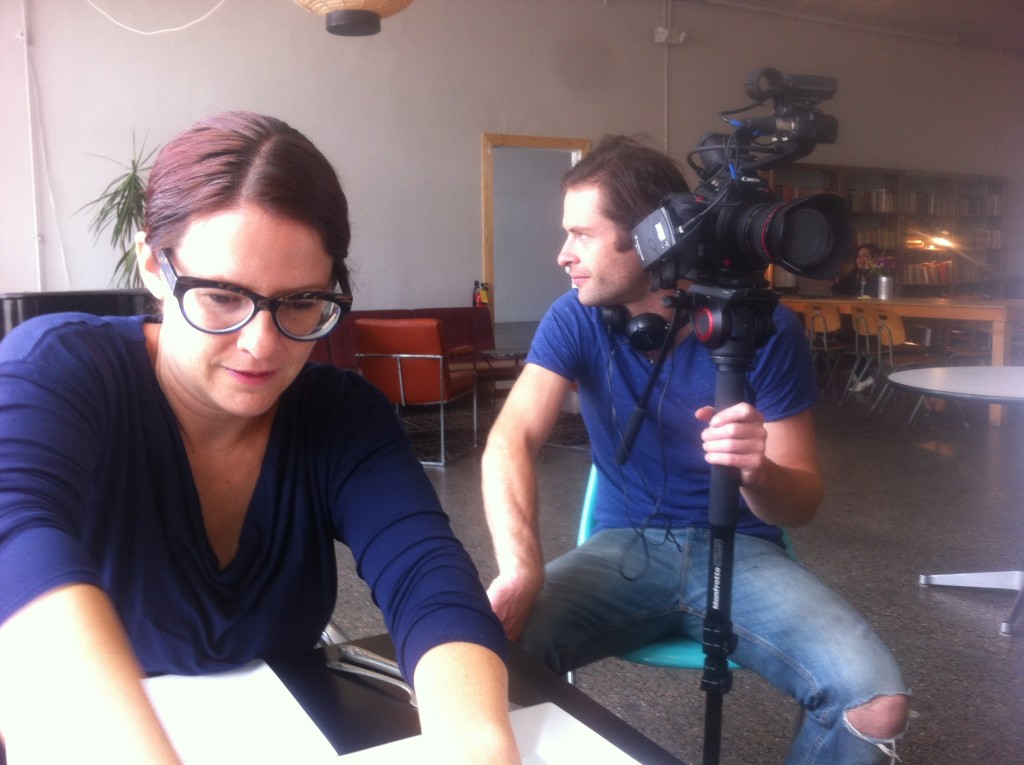 Ah, the day of the dreaded KAF video shoot. I have been having anxiety about this literally since they announced it at orientation. Why? Certainly not because filmmakers Oren Goldenberg and Ben Friedman lack the chops to make an excellent 3-minute video. You want me to keep it real? Let me keep it very real.

Of course, OF COURSE, my desperate ego would love nothing more than to believe that I am worthy of a documentary. In my own mind, I have timeless appeal, seamlessly merging the classic grace of Audrey Hepburn and the winsome beauty of Scarlett Johansson. I want to be captured on film, staring moodily out of rain-spattered windows, convincing every viewer of my intense surface appeal and very probable depth and brilliance.

In reality, I am basically Roger Rabbit. Plus, fat. I know this on some level, and my brain works VERY HARD to keep me from a full and biting awareness of these facts, because it would impair my ability to make eye contact with people or go into public at all. And usually, no problem, except when someone’s going to film me, and create a relatively objective picture of me from the outside that I will be forced (by my desperate ego) to look at, and have my dreams of grace and elegance utterly shattered.

This is no small amount of anxiety, is what I’m saying. This is ego death.

Anyway, if I’ve got to die, at least it will be at the hands of the nicest and most patient documentary-makers I’ve ever worked with. Oren and Ben were just angels, and made a thing that is very hard for me not feel hard at all. And, no small benefit, I had the pleasure of working with Corrie Baldauf, one of my favorite artists and people, so I didn’t have to go through all of it alone against the camera. Also she did my make-up, so I at least look a little more like Jessica Rabbit. If she were 18 months pregnant.

If nothing else, I can say that it is done now, and I can move on with my life. At least until it goes live at KAID, and I suffer the death of 1,000 egos. I will say nothing in my defense, other than I fully intended to have lost 50 pounds before the shoot. I just didn’t get around to it.

Thanks, everyone. That’s a wrap.