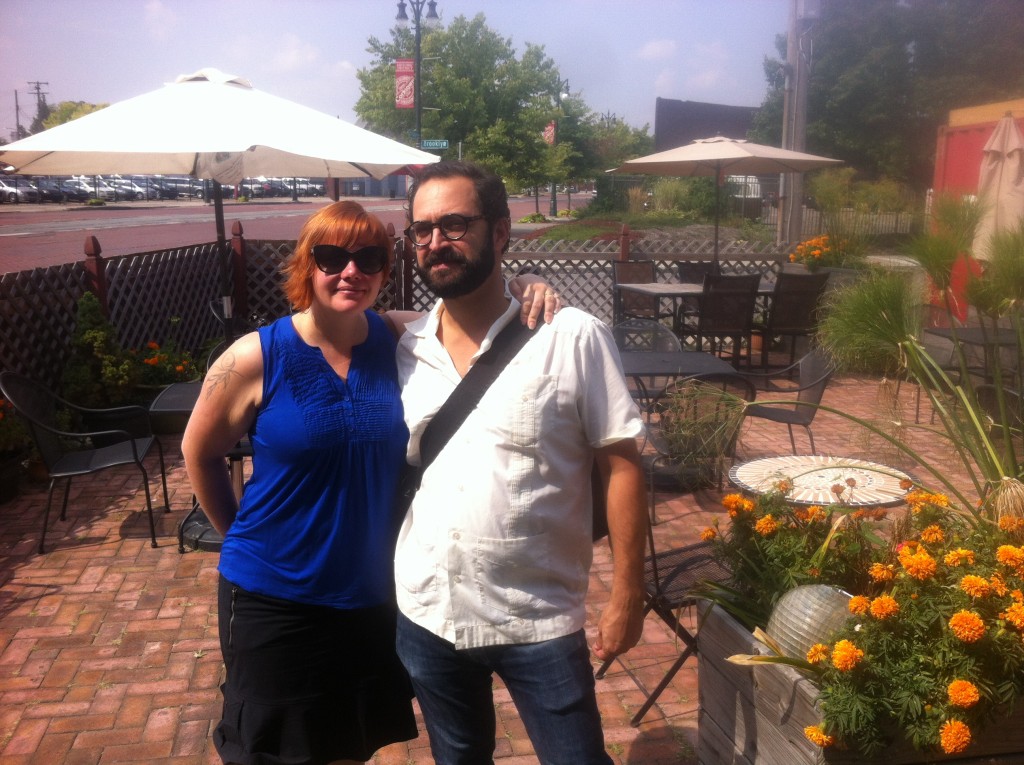 I have to say that I was so excited to hear that Annica was in the same Kresge class as I am, because I really don’t know if I’d be a part of the Detroit art scene without her. We met when I first moved to Detroit and got a job hostessing at Slow’s BBQ, where she had been a server for years. And we didn’t have a lot of time to get to know each other before she disappeared off to grad school, but just enough time for her to establish that I was an artist, and add my name to a crit group email list…that I did not have the emotional mettle to actually attend for probably a year or more. But I did eventually, and some of the people I met there really formed my foundation of acquaintance in the art scene here. So I owe her big time, and am pleased to have this opportunity to get to know her–and her partner-in-crime, Cris–better.

We definitely got right down to the critical themes during our breakfast. Annica and I both occupy a pretty emotionally fraught demographic–women in our 30s who are childless by choice. And we got on this subject for reasons I can’t disclose right at this moment (but do not relate to anyone being pregnant. calm yourself, mother), and it quickly evolved (ha ha) into a really interesting discussion about natural selection, and a baseline dichotomy that I like to frame as Creative vs. Procreative.

And before you get all up in arms, arguing that there are people who are both creative and procreative–fine. But in fact, people tend to put more of their energy toward one or the other. We talked about genetic transmission, that people have been conveying their DNA information and bloodlines throughout the history of humanity, and that represents one kind of legacy. And in that regard, people who choose to pursue art projects over human projects miss the opportunity to project a legacy into the future. …or do they? Because, due to our extraordinary and singular capacity for language and object-making, there are other ways to contribute to humanity. Cris made the interesting point that art is also a form of information transmission–of learning, or understanding, or connection, or evolution, even. So some people express themselves creatively, and some do it procreatively. There’s room for everyone.

We also discussed language–specifically, Cris mentioned something that I need to check out, called “Orality, Literacy, and Modern Media,” by Walter Ong (trust a couple of teachers to hand out some homework : ) — it basically asserts some specific things about the impact of literacy on the brain’s capacity to achieve abstract though, for example. I’m looking forward to reading it (anyone else? book club?).

Really just a jumping off point – we didn’t even get a chance to cover the projects that they are installing in Florida and France in the coming month. Exciting procreative developments for Mendoza & Cuppetelli! May the legacy live on for future breakfasts!