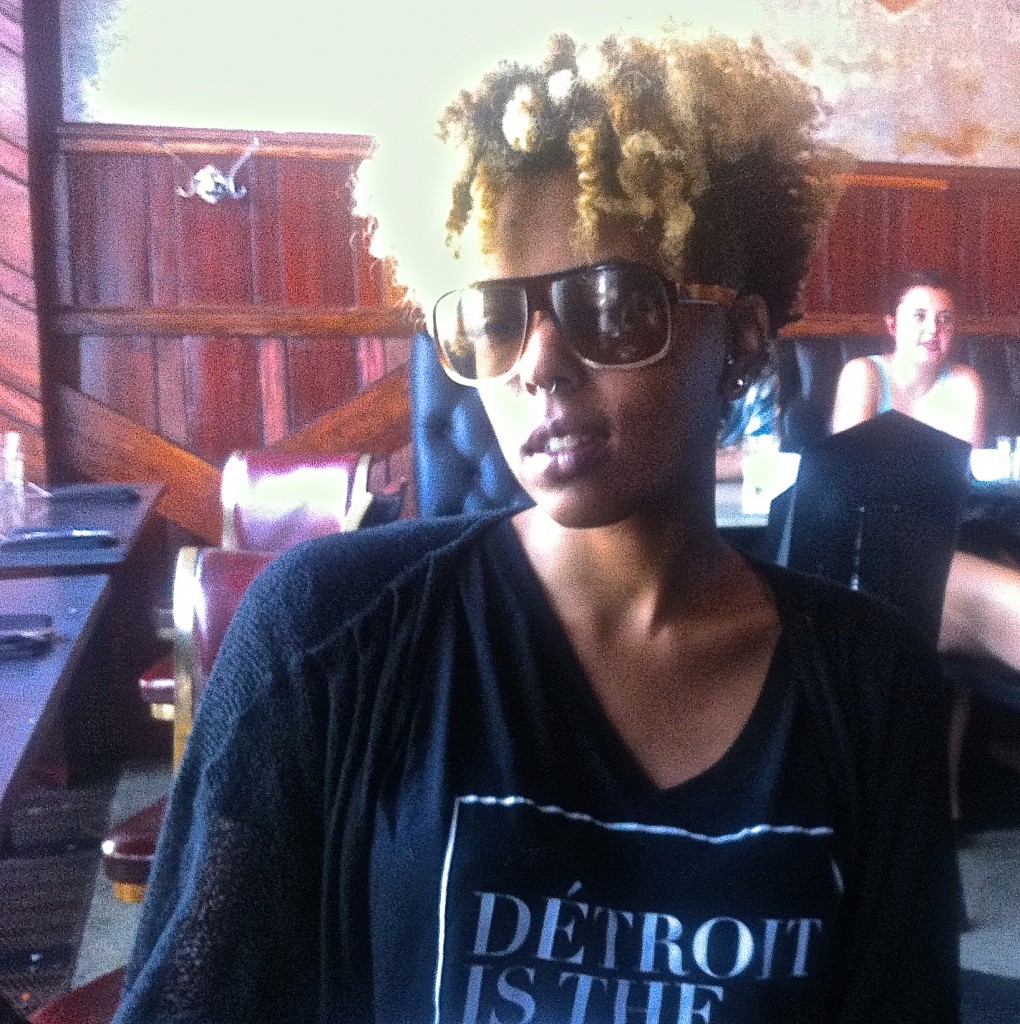 Tiff Massey comes with one setting: REAL. I confess, I’ve seen Tiff a dozen times around Detroit, and been intrigued by her every time, but the combination of resting bitchface and a clear aura of keeping it real has kept me at bay. My sense is that Tiff will talk to you when she has something to say…whether or not you’re going to like what you hear may depend largely on how much you have done your homework, as far as the politics of cultural appropriation. It’s not exactly that Detroit needs more voices like hers; it’s that Detroit–particularly newcomers–needs to learn to listen better to what she, and others, are saying.

If you listen, the first thing you notice is that Tiff has her act together. Jewelry making is typically understood as a functional art/craft, but Tiff is unambiguously a conceptual artist. Her work with adornment at different scales, the way it interacts with the body, the politics of wearable symbology and architecture is such a rich mine of inspiration, it’s no wonder that she produces and shows work at a breakneck pace. The only wonder is the ways in which the United States art market lags behind Europe, Japan, and probably countless other regions, in recognizing jewelry as high art. Arguably, it is one of the oldest art forms.

We talked too, about the mo’ Kresge mo’ problems conundrum of too many options. I have always managed my career in a broadband kind of way–more is better. I have nearly infinite capacity to take on more projects, so I do. With Kresge comes more, better, faster opportunities, and with them, the challenge of learning to prioritize. I have a lot to learn in this department, and I’m learning it from people like Tiff, like Jonathan, like Carole, who are demonstrating for me the alien concept of saying no. It’s a good skill to learn, if not-going-crazy is something you’re into.

I’m looking forward to getting a studio visit with Tiff in the near future–of all the Kresge folks in my class, she has been the most targeted in leveraging her new resources to get some new equipment. Metalsmiths are so amazing, because they will say shit, as Tiff did in response to the challenge of getting a 1,000-pound foot shear (maybe?) into her studio up a wrought iron staircase: “I might have to cut the staircase off and put it on a hinge, to get that thing in.” Because that is apparently something she can do, no problem. Awesome.

Remember not to piss her off.