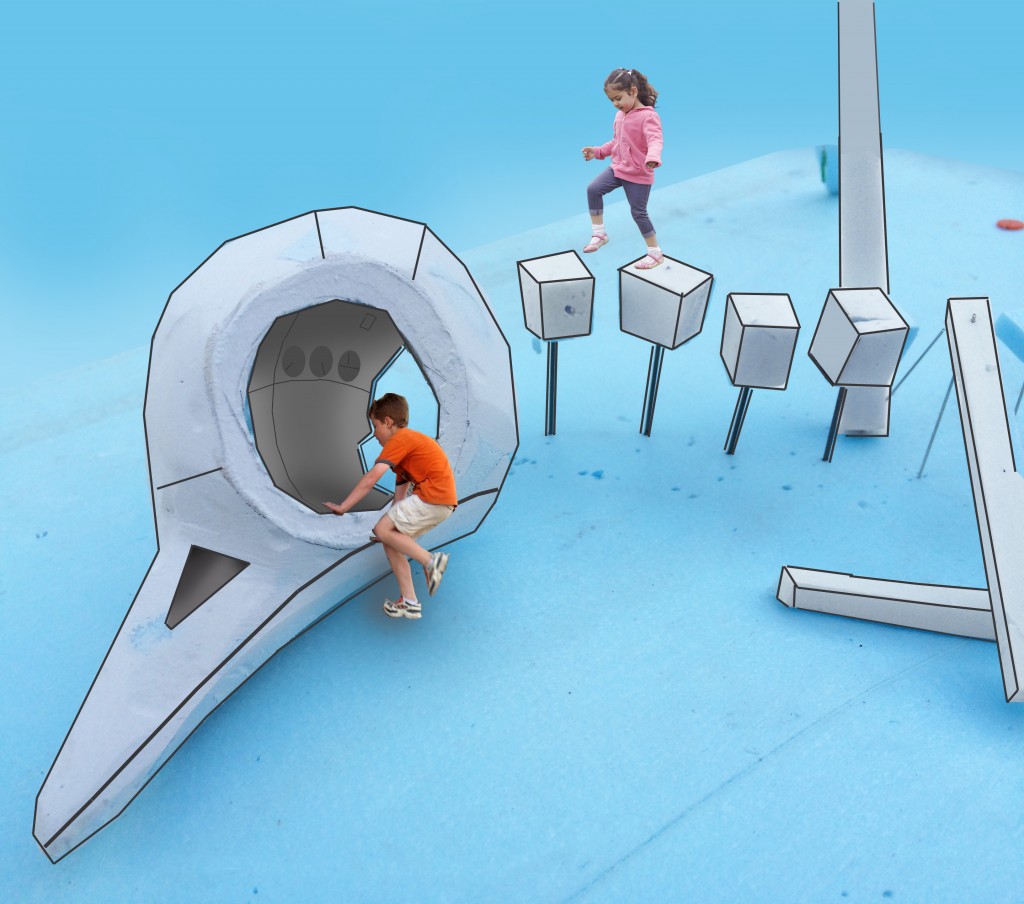 I met Mike for breakfast specifically intending to talk about his plans for a new project in Denmark, part of a multi-artist installation on a site that was once a WWII airfield, now gone largely to pasture. Mike seems to have found a receptive audience in this country perched on the North Sea, with repeated invitations to do his uncanny installations that push the line between archaeology, field study, and mythology.

I was asking him about whether he felt at home in Denmark, responding to the welcoming nature of his hosts with recognition or a feeling of belonging. He couldn’t really identify with Denmark, he said, but as he described the stark, flattened landscape, it occurred to me that both Denmark and McGillis are entities marked by distant geology–the land is flat, like that, from a Ice Age push of glaciers. Likewise, McGillis seems to instinctively draw inspiration from existing elements within his sites–one of the reason he finds Denmark a particular challenge is the flatness…but I think that has led to a kind of deeper imaginative response on his part. The work he has done in Ryde–a small Danish town where he worked with students of a religious elementary school to create installations on the school grounds, as well as pieces that were taken out for photoshoots within the community, are haunting and inspired. For his airfield project, Mike has proposed a play structure that really draws together a lot of the work he’s done in Denmark, to date. His play structure proposal echoes the “happening” he staged in a Danish village on the North Sea–wherein he created a kind of indistinct carcass out of found detritus on one of the beaches–as well as the later stages of the project that directly engaged children. It’s morbid, in a way (I see shades of Ender’s Game, though Mike’s never read it), but then, a lot of childhood is about interfacing with nature as a first step to learning some tough realities of life. I feel like roadkill, squashed bugs, animal carcasses, terminal goldfish, are sometimes our first glimpse at mortality, and let us build a foundational understanding about it. We got way, way off topic after that. It’s first day of school over at the McGillis house, and Mike’s kids are setting out on that bumpy stretch of childhood where adult considerations (not to mention the forced social hierarchies of middle school) start to rear their ugly heads.

Anyway, here’s a little peek behind the scenes within the artmaking world of Micheal McGillis. It’s a weirdly dark and playful idea, and I like it. I hope it gets approved, so the children of Denmark can play around in his ideascape.