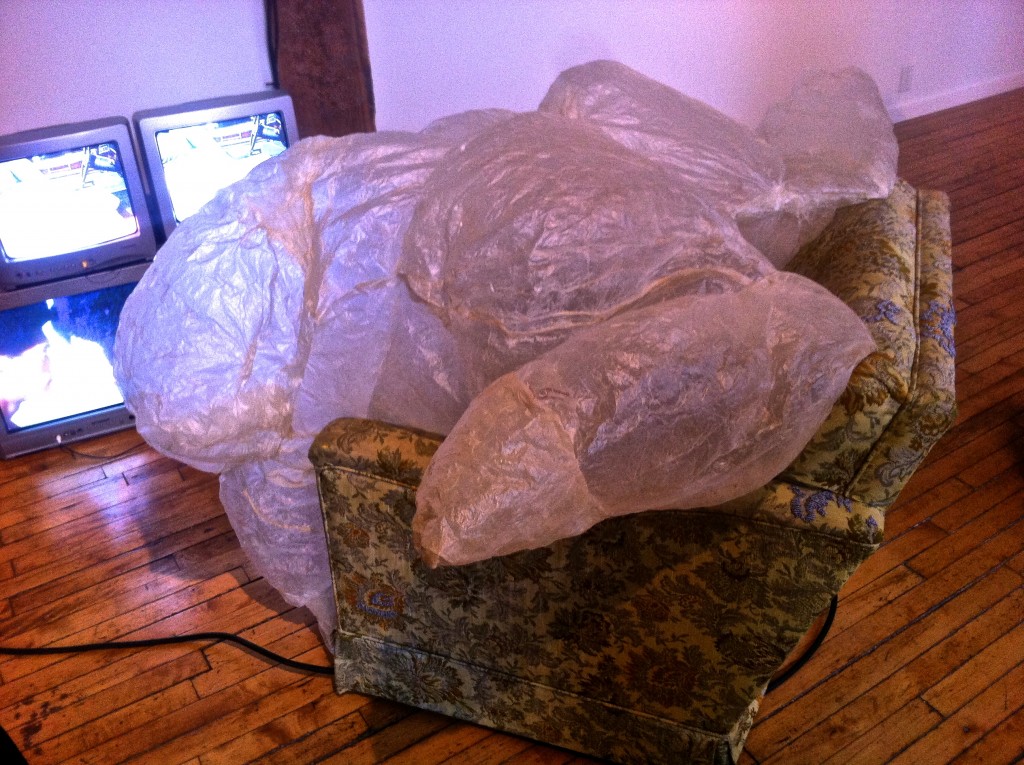 It’s good to remember that appearances can be deceiving. We move through life at a breakneck pace a lot of the time, distracted by our phones, multitasking, and forced to make snap judgments based on appearances. But the fact is, the better we get to know someone, the easier it is to find the common ground that might pave the way for a deeper understanding of them, and ourselves.

Cristin Richard deals with fashion, with surfaces, and literally with skin. It is easy to get caught up in the gore of her work, and miss the actual violence, which is far more subliminal. But any person who has been subjected to internal or external struggles with their physical appearance knows the feeling of being uncomfortable in one’s own skin. Cristin deals with this feeling directly, by creating new skins as layers with which her models interact with the world.

I think this is the most dynamic and interesting tension in Cristin’s work – the fact that she in exploring her art ideas, she is using not only skins–the intestinal linings that sausage casings are made from, sourced from a local meat packer–but living bodies. To me, models are almost a void of personality–featureless creatures that adopt and discard identity in the span of a photo shoot. Coat hangers. But Cristin considers models her collaborators, and designs installations around them. She described working with 62-year-old model Jacky O’Shaughnessy, on a piece that required Jacky to stand motionless for three hours on a slowly rotating pedestal. To hear Cristin recount the experience, the piece–which dealt directly with the struggle of women to hold up under societal expectations, particularly as they age–was most powerful in the moments where Jacky was visibly shaking in her efforts to stay standing. There is a kind of brutality to this, but also a kind of empowerment–in Cristin’s mind, Jacky was inspired to see how far she could go into this piece, to challenge herself to withstand the performance.

Another, more charged, layer of skin came into play with Richard’s last installation–a review of older works at Playground Detroit, the piece de resistance of which featured model Samia Ahmed sitting motionless, arrayed in a skin dress and visceral meat headdress, throughout the hours-long opening. Inarguably, Cristin deals in concepts and materials that are hard to handle. And being uncomfortable with them, the immediate reaction is to dismiss or object to them. But my two hours of rapid-fire breakfast conversation with Cristin was a well-timed reminder that we learn the most sometimes when we lean into those things that make us uncomfortable, and dig a bit deeper below the surface. I’m looking forward to seeing the new work she’ll be presenting as part of the Detroit Design Festival—“Metabolism”–this Friday, September 25th.