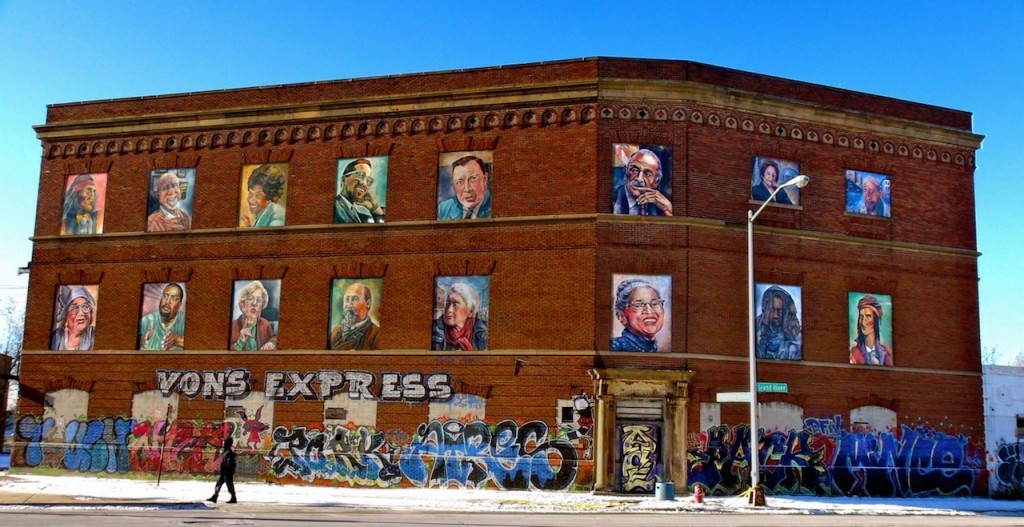 DETROIT — It seems ridiculous to think of a five-by-seven-foot portrait as being subtle, but that is the word that springs immediately to mind during an encounter with Nicole Macdonald’s large portraits of important figures in Detroit’s history and present. The portraits are subtle in their muted colors that nonetheless come alive with fine details and emotion; in the layered painting style that reads as blended in some places, and as loose Pointillism in others. The works are also conceptually subtle: with each addition to her portrait series, Macdonald quietly forwards her perspective, which reconsiders both history and the nature of being a celebrity.

“My interest is to champion people who represent their fellow city-dwellers, and struggle on their behalf in a certain capacity,” Macdonald said, when she took a moment to speak with me during a poetry reading at the center of the Eastern Market’s “Murals in the Market” event. The reading featured Bill Harris, Naomi Long Madgett, Lolita Hernandez, Terry Blackhawk, Melba Joyce Boyd, and acted as the official unveiling for Macdonald’s newest series within her ongoing Detroit Portrait Series, with this edition focusing on Detroit’s accomplished writers and poets.