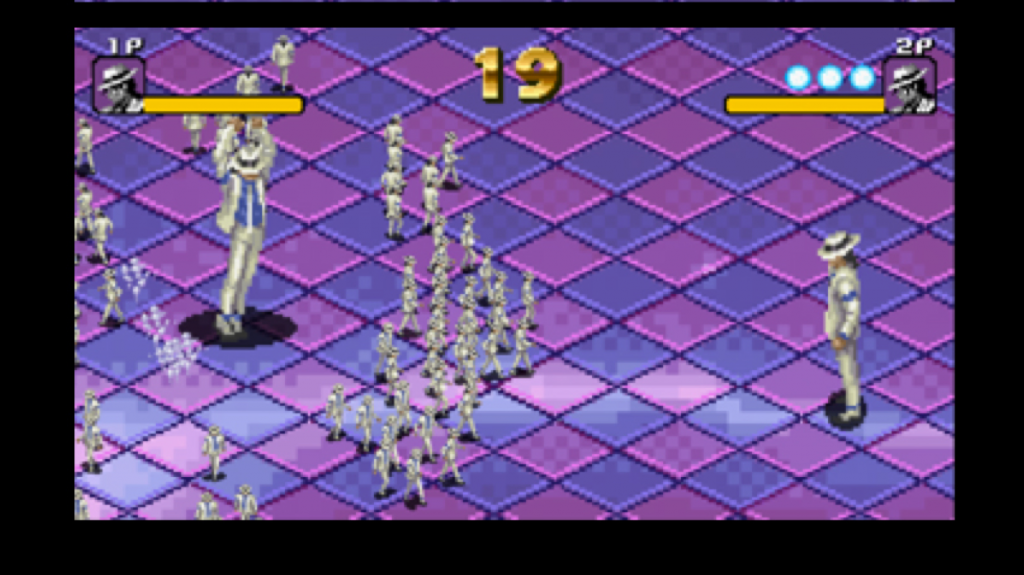 That’s the tag line for Michael E Michael, a game starring two dueling Michael Jackson avatars lifted from the Moonwalker arcade game, equipped with the power to shoot dance moves, lasers, and release a cavalcade of mini-Michaels — just like the King of Pop himself. This magnificent creation was designed by new media artist Aaron Meyers for this year’s iteration of the annual game jam that leads up to curated indie showcase Fantastic Arcade, part of Fantastic Fest. “Their game jams come with a lot of rules and constraints, which I think makes it an extra compelling creative challenge,” says Meyers.

The theme this year is “DUPLICADE,” which means that designers were supposed to infringe on the intellectual property of some other video game — as well as incorporating the sub-theme of “twins.” Meyers opted for an easily downloadable game for Mac or PC, controlled by two sets of hotkeys that enable players to pit one Moonwalker-era Michael against another for an old-school arcade-style battle. Meyers was able to draw a lot of inspiration for the sound effects from this super-weird supercut of every Michael Jackson grunt ever, which inveterate MJ fans like myself can enjoy trying to pair to their original sources. Unless the heavy-breathing interludes start to make you uncomfortable, which they probably will.