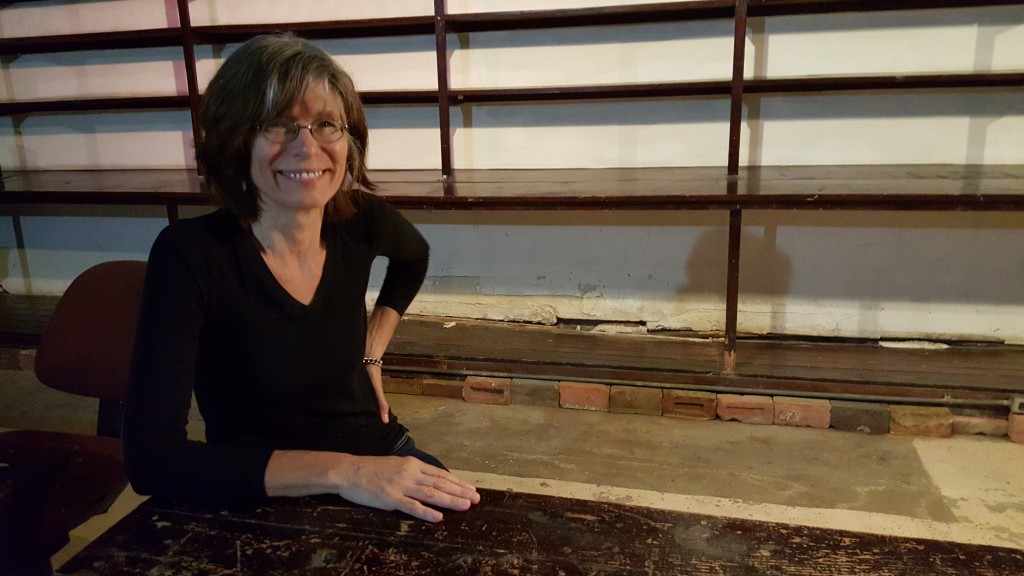 Breakfast: “I do not drink…wine.”

We weren’t really having breakfast; Kathe and I met up for a conversation about nerve Theater’s latest work-in-progress. It’s an adaptation of Dracula, and our conversation took place, appropriately, in the sub-level space of the Izzy on Michigan, where the performance happen in January. Entombed, as it were.

It’s tricky, finding a fresh take on an old story, but that’s the charge of most people who work in theater. Kathe was inspired to take on Dracula in terms of hunger, and the “conceit” of this performance, as she puts it, is that the action of the show unfolds within the mind of Jonathan Harker (the young lawyer who wages battle against the forces of darkness that threaten to engulf his life when he is dispatched to Transylvania to attend to the firm’s mysterious client, Count Dracula). A trio of characters–Renfield, Lucy, and Dracula–will interact with Harker, as well as audience members, in a fourth wall-free performance that is set to take place around a table in the sub-level setting. The vampire mania of the 90s has lost some ground lately to zombies (Twilight insanity notwithstanding), perhaps because zombies are the most apt metaphor for the mindless consumerism that is the hallmark of the late days of capitalism. But for Kathe, zombies are too mindless, too disengaged. Vampires retain, to a large degree, their agency–the challenge for them is maintain any kind of connection to humanity. Taken out of time and largely unable to enjoy life’s pleasures (for it is, ultimately, the finite nature of life that gives much of it significance), vampires are reduced to taking surrogates, seducing new souls. Kathe is interested to see how the battle for Jonathan Harker’s unfolds, night by night.

Because, to add an element of change to her carefully developed and directed interactive theater piece, only the actor playing Harker will know, night by night, if he decides to stay or go. So the performance may vary in its outcome over the run of the show, which will take place in late January and early February. I’m looking forward to dropping in on a preview, to see how the action (and the collection of creepy props being amassed for use on the mercantile shelves lining the walls) is shaping up!