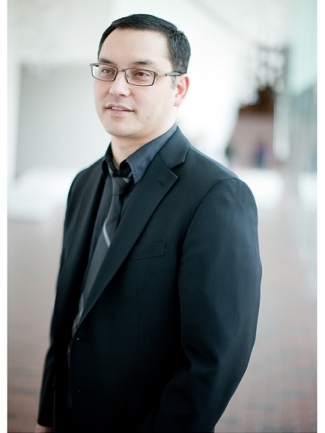 There’s change in the air at the Cranbrook Art Museum, where Andrew Blauvelt, a 1988 MFA graduate of Cranbrook Academy of Art’s design department, begins his new job as director this month. He succeeds Gregory Wittkopp, who has held the dual role of director of the Cranbrook Art Museum and the Cranbrook Center for Collections and Research since 2011. Wittkopp steps down from his position at the museum in order to focus his efforts full time on the center.

A practicing graphic designer for more than 20 years, Blauvelt comes to Cranbrook from the Walker Art Center in Minneapolis, Minn., where he was senior curator of design, research and publishing since 2013. Prior to that, he served as the Walker’s chief of communications and audience engagement, and as the institution’s design director and curator from 1998-2010. Blauvelt will be joined by his husband Scott Winter, who has been named Cranbrook’s new director of development for the Academy of Art and Art Museum.

Blauvelt took a moment out of a busy transition between organizations and cities to speak with A.i.A. about his move.

SARAH ROSE SHARP  You’re a Cranbrook grad, so this is a kind of homecoming for you. Is the school as you remember it? Any surprising changes?

ANDREW BLAUVELT  Funny, everything seems “crisper”—it’s like looking at the place on a Retina display. With the recent renovation and expansion, the museum looks so beautiful. Some of the departments have moved around-my old studio space is now a digital printing lab for photography. Since I’ve managed to make my way back to Cranbrook over the years, it’s more familiar than it would have been had I not seen it in 27 years.