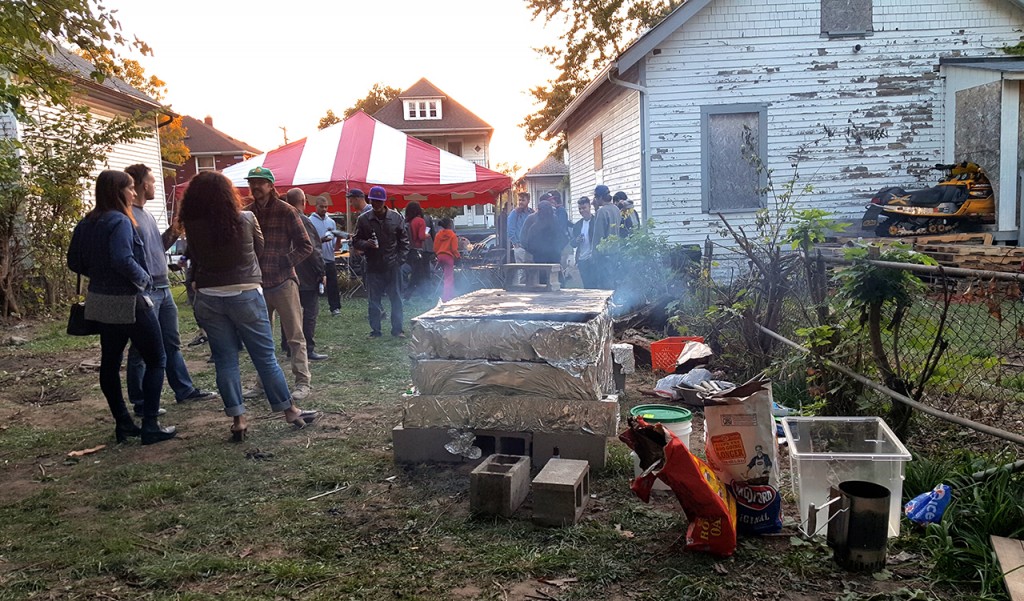 Telltale signs of autumn in Detroit: unpredictable weather, a preponderance of cider mill treats and, best of all, the Hamtramck Neighborhood Arts Festival. Held on Saturday, Oct. 10, the annual event featured several Knight Arts grantees, including The Hinterlands, Hatch, Lo & Behold and Popps Packing. Now in its sixth year, the festival is a true community effort, extending beyond the regular gallery venues to include open studios and behind-the-scenes peeks at the inner workings of the vibrant and hands-on art landscape in Hamtramck, Mich.

The annual festival and self-guided gallery crawl was co-founded by Steve Hughes (of the Knight Arts Challenge-winning art space Public Pool) and Steve Panton (of 9338 Campau). These two galleries, along with Popps on the northwestern end, the Power House district on the northeastern border with Detroit, Hatch on the southeastern side, and Klinger Studios (home to Jonathan Rajewski and the Hamtramck Free School, one of the finalists for the 2015 Knight Arts Challenge People’s Choice Awards) form a powerful core for a dense art scene that thrives on DIY initiatives, close ties and cultural interaction between maker-run spaces and the surrounding communities, full of new and old immigrant populations. I spent most of the festival this year along the northern parallel, soaking in the unseasonably gorgeous fall weather at the Barter Bazaar at Popps Packing–a recurring event that seeks to drive non-monetary exchanges through traditional and non-traditional swaps, including skills exchanges. This time around, there were sewing services on offer, as well as face-painting, and even an advice table staffed by Casey Rocheteau, the first winner of Write A House, a Knight Arts Challenge-winning project that gives free houses to writers, permanently.

Over the course of the festival, there were three performances of “It’s Exercise Time,” a one-woman interactive exhibit by local artist Jessica Frelinghuysen. In each performance, Frelinghuysen exhorted gallery- and bazaar-goers to engage in a practical workout that involves everyday gestures like squatting, lifting, bending and opening bottles of sparkling wine (because hydration, Frelinghuysen was quick to remind people, is key to staying fit).