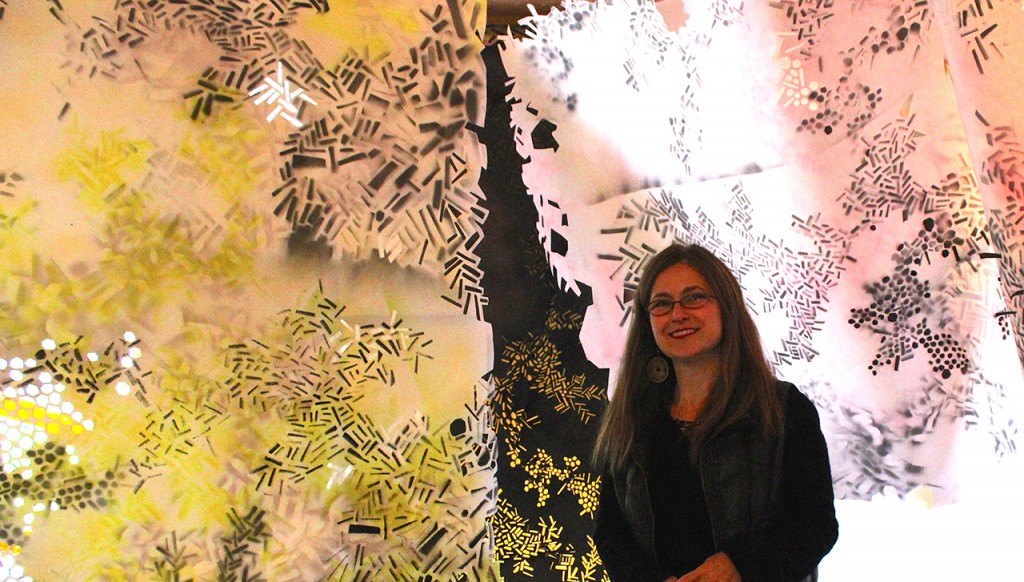 DETROIT — It is always interesting to watch an art process that began instinctively and organically take on new strategic and conceptual dimensions. For decades, Detroit’s now-famous Heidelberg Project was a solo effort on the part of Tyree Guyton, reclaiming the street he grew up on by creating installations with the discarded materials that had been dumped all over his east-side neighborhood. Outsider art in the purest sense, the project was long considered a public nuisance at best and an eyesore at worst — feelings that have changed dramatically for some, as the Heidelberg Project has emerged as one of Detroit’s signature art landmarks and an international destination for visitors. Certainly the city no longer sends bulldozers to intermittently raze the project to its foundations, as they used to do — though that only ever prompted Guyton to pick up the pieces and start all over.

Still, not everyone is a fan of Heidelberg, as a string of unsolved arson incidents — which cost the project some of its most iconic structures — served to underscore. In the wake of those losses, and seeking to capitalize on the steadily growing interest in the project as an art monument, Guyton has taken steps to broaden its relevance and extend some of its notoriety in the direction of other emerging artists.

One component of this is the Post-HAB Gallery, located within the “Number House,” just a couple doors down from Guyton’s childhood home. Post-HAB has hosted five month-long pairs of installations this season (restricted, by lack of insulation and heating, to the fair-weather months) and concludes its second season with an installation of new work, Shifting Focus by fiber artist Carrie Dickason, accompanied by a group photography show in the second gallery. The First Friday showings have included “Material Desirez” by Dain Mergenthaler, a fiber arts MFA student at Cranbrook, who created a camp-heavy installation leveraging the artificial spectacle of plastic gems, pom-poms, peony roses, and confetti, which fits well with Heidelberg’s aesthetic of salvage-turned-glamour. Dickason’s work seems to capitalize on another idea that resonates with the Heidelberg Project: that of image proliferation.