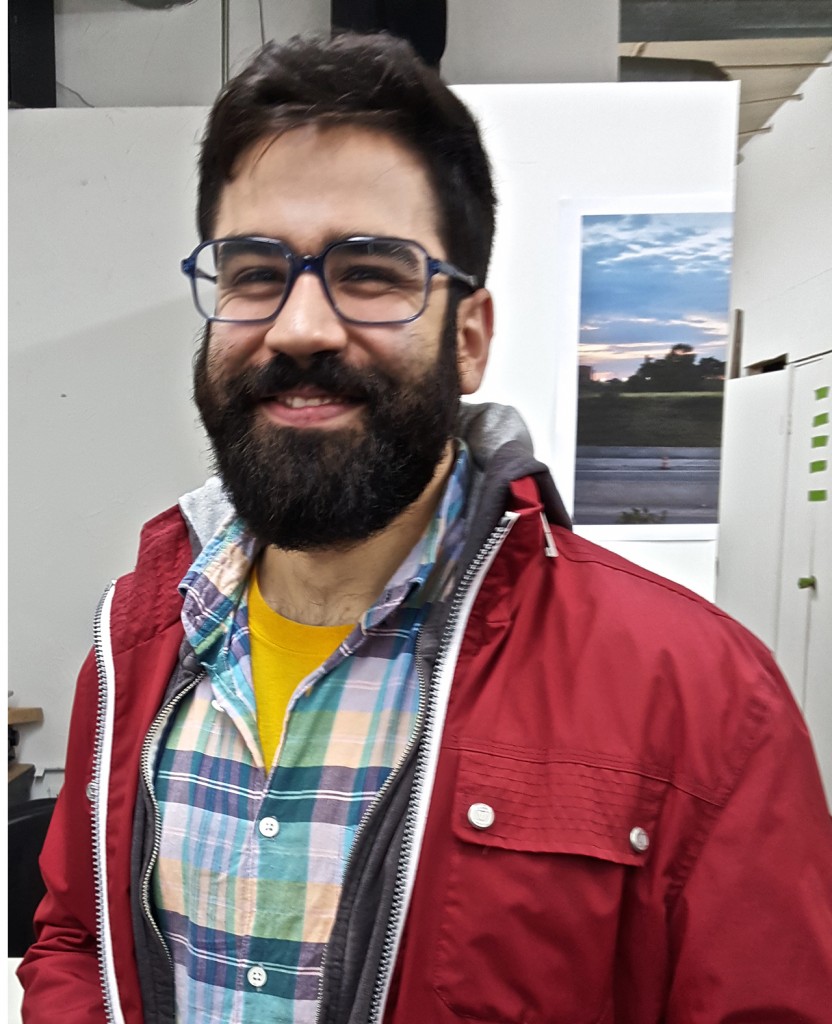 Sometimes BWTA feels a little bit like a first date. There’s this person, you’ve seen them around a lot, and you are able to reasonably converse for, like, up to ten minutes at a time. But then you’re going to make the leap to a solo experience, meal length (albeit, the flightiest possible meal NO ACCIDENT). How will it go?

Luckily, when you don’t have the added dimension of trying to impress someone enough to sleep with you, it takes some of the pressure off. Chris and I were able to sort through the intros pretty quickly, and found a few areas of overlap. Phew!

First of all, Chris builds instruments, among other things. Specifically, intimate instruments, built from kits, that bring two players face-to-face, making music that basically vibrates inside their cranial cavities and nowhere else. I personally like to wait until at least the third date before I let someone vibrate inside my cranial cavity, but I applaud the willingness of the participants that jump in there. No, but seriously, that sounds really interesting, and I’m looking forward to an opportunity to check it out.

I didn’t realize how much of his work is both collaborative and sound-based, but I had that reinforced for me when I immediately encountered some of his work, the very next day, at the opening of Unearthed at Butter Projects. Chris helped to create a collective recording, made a group of people wandering a grassy outcropping that abuts a highway intersection. People paired off and roamed with recording devices, making personal recordings of their attempts to harmonize with traffic. The finished product, run through a continuously looping and warping reel-to-reel player in the gallery, is the central piece in Unearthed, and ties the work together by grounding it in a location, and also providing the opening with a weird, Lynchian soundtrack, like whalesong, growing increasingly drawn-out and alien as the tape wore out through its run (in the shape of the traffic intersection. Clever). Artist Bridgett Frances Quinn, who lead Traffic Chorus in collaboration with Chris and a bunch of other folks, and made the tape recording tape installation.

Chris and I ended up talking a lot about place, and Detroit in particular. The dirty politics of real estate speculation, which can hardly be avoided at the moment, and the aiding-and-abetting role of artists in that process…how in following our instincts, we sometimes fuel the very powers that later oust us from the places we’ve eked out to lead a creative existence. This is an issue that goes a bit beyond pet peeve for me–I care a lot about Detroit, and bristle especially at markers of “progress” that threaten the communities and spirit that brought me here in the first place. To be very candid, this especially includes Black people, who have borne the brunt of systematic racism and failure of city services, and are now being evicted and foreclosed upon en masse, in a citywide “cleanup” effort that (surprise!) disproportionately favors newer, whiter, richer residents.

I know that artists already have a lot to worry about. We are financially insecure (and sometimes mentally and emotionally amirite lol), we are desperately trying to find a way to devote a bunch of time and energy to a practice that, but for the fortunate, does not support us. Many of us have student loans that “qualified” us to be artists. Mostly, we go where we can afford some amount of space and materials to make work. Thing is, we are also the divining rods for great places, and businesspeople have caught onto this. Honestly, they can’t do it without us. So making an effort to get established in a place, in a way that keeps it from being taken away from you is important. This goes for all Detroiters, especially longtime Detroiters, who are crucially responsible for the spirit and character of this city.

Unfortunately, in Detroit this means dealing with a LOT of red tape, a lot of broken systems, a lot of going down to city buildings and being told one thing and then getting mail that tells you something else, and going back down there, and getting a parking ticket at a broken meter while you’re in the building, discovering they’re closed for a furlough day. I’m not saying it’s easy. But we didn’t come here for easy, did we? Hey, if you’d like some help with this, there’s an event coming up next week: Wow, we covered a lot of ground, and I feel like that’s barely the tip of the iceberg. Here’s to second breakfast dates!