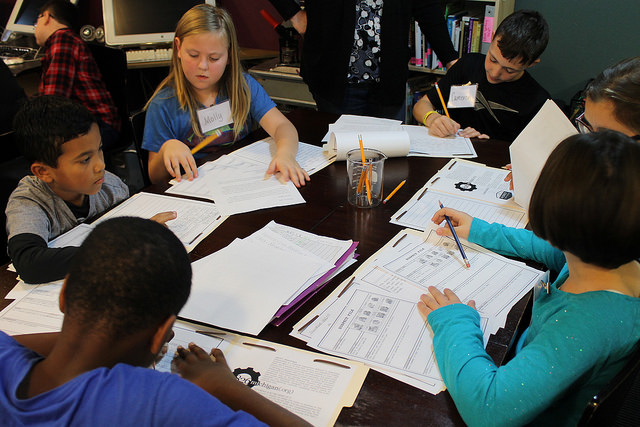 For the last decade, 826michigan has operated the Liberty Street Robot Supply & Repair in Ann Arbor, Mich.—just one in a network of locations across the state and country whose humorously nonsensical business facades front a series of reading and writing learning labs staffed by volunteer tutors. Last year, volunteers gave more than 23,000 hours to 826michigan: tutoring algebra, teaching poetry workshops, staffing the robot store, filing paperwork and more.

The organization recently received a $150,000 Knight Arts Challenge grant to open a Detroit facility, which will be located in the city’s Eastern Market. In support of the effort, 826michigan will be hosting its annual fundraising dinner next month at the newly renovated Grand Army of the Republic Building, with author Angela Flournoy as a special guest speaker. Flournoy’s first novel, “The Turner House,” is set in Detroit and was a finalist for the 2015 National Book Award.

Amanda Uhle, executive director of 826michigan, took some time out during a busy week to share some insight into 826michigan’s activities and its upcoming ‘Parka Weather’ fundraiser on Feb. 11.