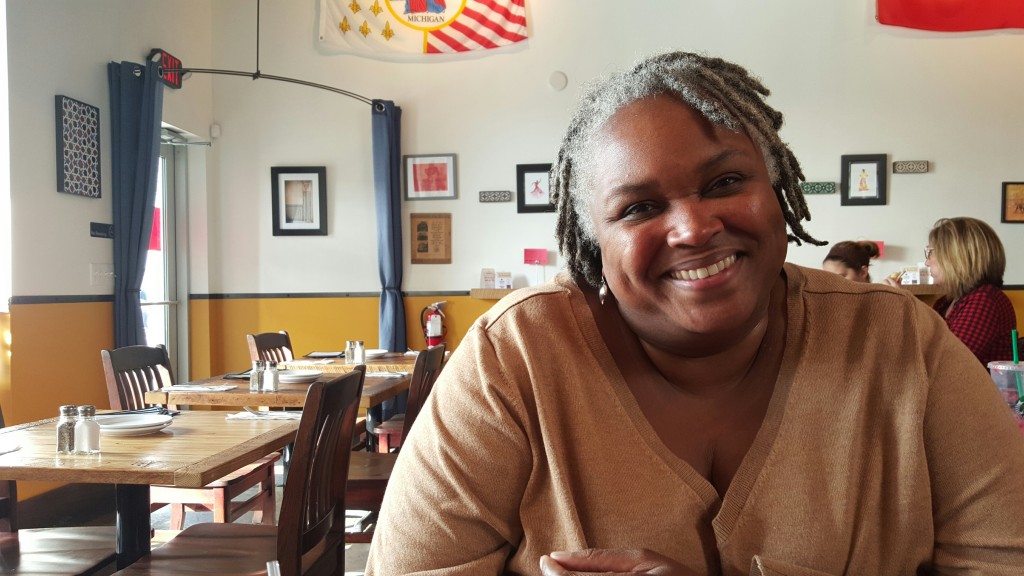 Hallmarks of success in my life: I can sleep pretty much whenever I want, and I don’t have to struggle so hard anymore to find someone with whom I can have a real conversation. Because I’m self-centered, I tend to think that most people understand we are having a BWTA session–I’ve come to understand that most people just assume I’m someone who loves to have breakfast and am very socially awkward about asking people to hang out (which is fair, because both of these things are true). So, for the record, if I ask if you’d like to have breakfast, unless we are lying naked in bed together, it means I’m going to write about it. I snuck it past Lillien last time, but this time she came prepared.

We talked, first and foremost, about the sneaky paradox of telling people what you’re working on. Lillian observed that no sooner do you tell everyone what your project is, you instantly put that project on hold and get captured by a much more interesting rethinking of the project. I was excited to hear that Lillien has been cultivating her obsession with Edmund de Waal, and that is manifesting in compact little poems, of late. Excited for her–because finding a point of inspiration is always such a high, as a creator–excited for him, because Edmund de Waal is about as white-male as art gets, and I’m thrilled to hear Lillien’s brewing up her own response to it. Something about small, powerful punches of poetry, fueled by scorching little pockets of emotion. Yes, please.

This segued into a talk about my “Evidence Lockers”–a body of work I’m still very much figuring out. I think I may have gotten much more out of this conversation than Lillien, because her interest gave me an opportunity to talk through some of the stuff that’s been clicking around in my head. I’m in that frustrating place where my concept is well-articulated, but I’m having trouble bringing it into object-reality. Which is maybe a fancy way of saying failure to execute, but maybe something a little more than that. Making objects is not, per se, the most important part of the creative process for me–it has more to do with moving something from inside my head to outside my head, and capturing it there where other people can interact with it. Lillien and I talked about precious objects we have lost and the charged energy that accompanies them. I regained a piece of personal mythology in the form of a necklace that somehow deserted me some years ago, and was recently restored to me, through the collective efforts of my family. Lillien spoke of a handkerchief that was a gift from her mother, and later collected her mother’s tears over the death of her father. About her sense that the handkerchief retained some quality of her mother after that. Makes sense to me–one of the reasons I work so often with fiber is that I believe to be the material that most effectively adopts the qualities of its longtime user. Scent, shape, and literal material history is built up in fabric like no other matrix.

We talked about a lot of other things–the endless little cavalcade of tapas dishes really lends itself to long and varied conversations–and I left full of new ideas and better ideas about old ideas. I hope I don’t accidentally kill any of them by telling them here. As for Lillien, I hope she had as much fun as I did–I’m already looking forward to our next conversation, whensoever it may be.