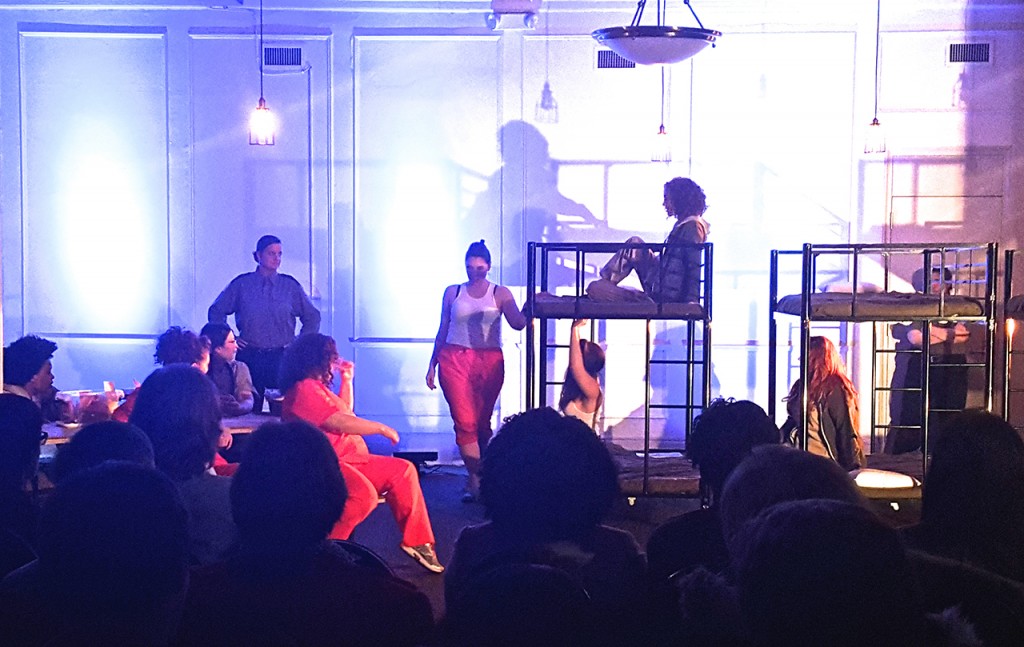 Founded in New Jersey in 2011 by Danielle Wright, Opera Modo is Detroit’s newest operatic institution. This weekend was the opening of “Carmen,” Opera Modo’s fifth production since moving to Detroit in 2013. Made possible by a Knight Arts Challenge grant, the first two of four performances took place this weekend at the Carr Center (another Knight Arts Challenge winner), with the final pair of performances scheduled for this weekend at the Jam Handy Building on Grand Boulevard.

Wright’s ambitions in founding Opera Modo range from simple to radical. Simply put, she wants to ensure that the operatic form retains relevance and cultural support, even as its primary fan base–and source of financial backing–ages. More radically, Wright seems to be investigating the applicability of opera’s classic tales to more contemporary struggles. In pursuit of both these aims, Opera Modo’s take on “Carmen” reframes Georges Bizet’s tale of a solicitous Gypsy woman, Carmen, and a volatile soldier, José, as taking place in a women’s correctional facility–an open reference to the popular Netflix series, “Orange is the New Black.”

This prison setting is an interesting opportunity to investigate the power imbalance between Carmen—who, at her core, is a champion of liberated sexuality—and José, who is both a victim of Carmen’s inconstant attentions, and ultimately (spoiler alert!) her murderer. Taking this exploration of gender identity and violence to the next level, half the performances feature Carmen (in this iteration, an inmate) and José (a prison guard) in gender-reversed casting.