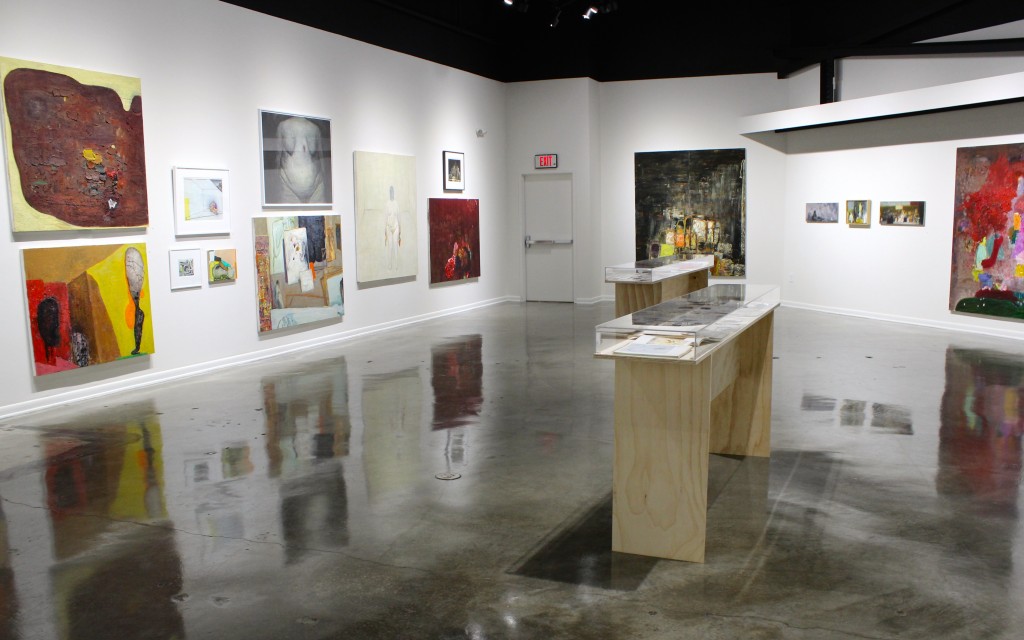 I thought it was appropriate that Michelle Perron and I ended up meeting for this BWTA at the Cass Cafe, because it the perfect pairing of two longstanding pillars of the Detroit art community. Michelle is currently the director at CCS Center Galleries, and also administrates the Kresge Arts in Detroit program, but her legacy in arts administration and gallery facilitation stretches back to her involvement with the Michigan Gallery (she’s had a long and varied career, including a stint in New York City in the 1990s – I’ll leave it to you to search out her bio). The Cass Cafe was one of the first places I went out to eat, when I first visited Detroit, and it remains a place where you might at any time encounter local luminaries of the old guard and new school art scene, not to mention an eclectic and constantly rotating roster of (typically) 1, 2, or 3-person shows. It’s got a good vibe.

One thing I like about talking to Michelle is that even though she takes great pains to distinguish herself as not being an artist, her approach to exhibition-making is very much reflective of a kind of creative engagement to subject. “Exhibition making is not a theoretical practice; for me, it is an entirely intuitive process,” she says. She talks about “Nonethingtoseeness: The Visual Art of John Cage,” which she mounted at CCS in 2013, and is clearly one of her favorite exhibitions, and how in preparing the space, she suggested running a line of color around the wall, just on a hunch. Later that band of color came to act as a kind of abstracted musical staff upon which the whole exhibition hung. Far be it for me to tell anyone what they are or are not, but if I had to boil down my favorite thing about being an artist, it would be the moment when intuition converts to payoff.

And it is indeed remarkable how her shows come together. Center Galleries is a challenging space — it has many of the trappings of the white cube-style gallery, but it’s also an odd shape, with walls bonking in and out at odd angles, and the ceiling raises high above the walls, creating a kind of void. Sometimes this works in unexpected ways — I remember particularly, “Verses,” a solo show of Robert Sestok’s drawn/painted/print works, that created a kind of jungle gym display that rose into the high reaches of the gallery, creating an excellent angle for some of his really large-scale drawings, that would have otherwise overwhelmed the walls.

In fact, a new show including Bob’s work just closed at CCS; if you didn’t get a chance to catch this eye-popper, here’s a review at Detroit Art Review. Sometimes Michelle’s shows are challenging, sometimes discordant, and sometimes really playful — the prevailing sense of the current show, Cosmologies, is lovely. Knowing, as I do, that Michelle put this show together in the midst of a drawn out and exhausting personal move to a new house makes the sense of calm aesthetics in the gallery even more impressive. Go ahead, Michelle.