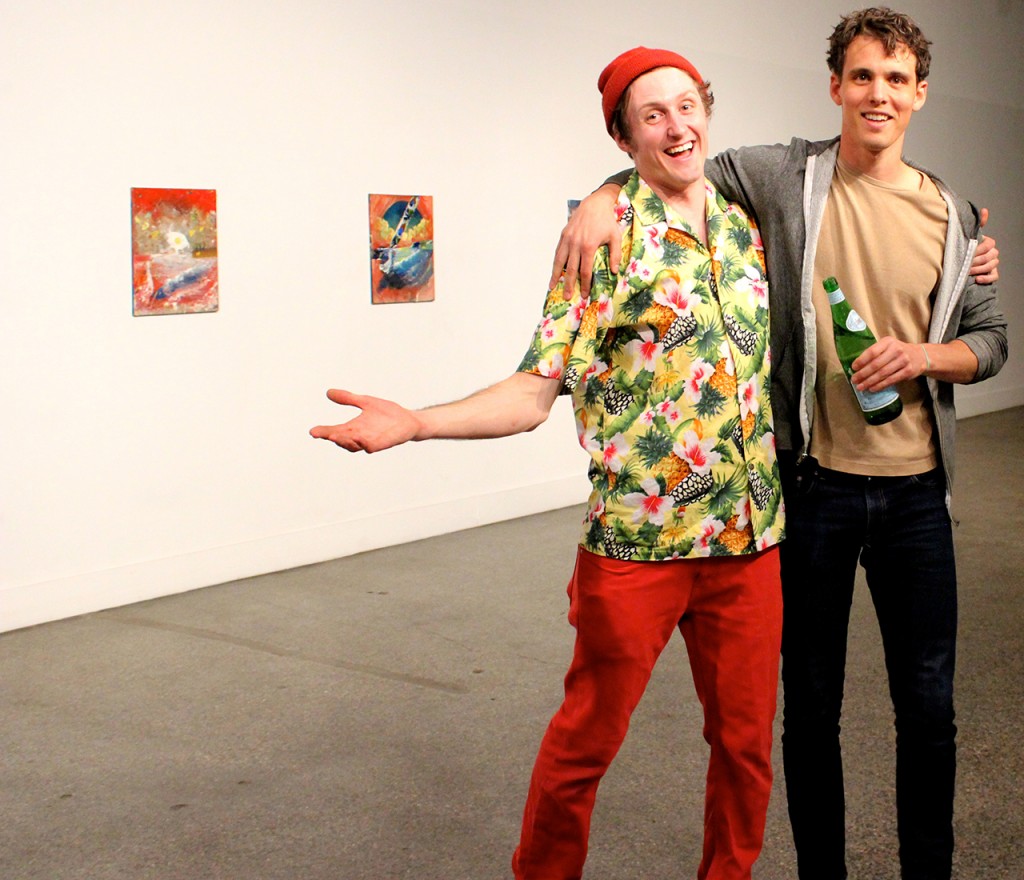 At Trinosophes, a Knight Arts Challenge winner in Detroit, Feb. 23 marked the opening of “Self-Titled 2: (954)785-8492.5.” A collaborative project by artists Henry Crissman and Hamilton Poe, the exhibit will remain on display through the end of March.

This is the second collaboration between Crissman and Poe. The first, “Self-Titled 1,” also premiered at Trinosophes in 2013, and also dealt with issues of chance, artistic collaboration and fraternal camaraderie in its most playful and least toxic sense.

The current collaboration was sparked by a phone call that happened by chance to be placed between the two artists simultaneously–the phone didn’t ring on either side, because they had called each other at the exact same time. Building on this synchronicity, Crissman and Poe added their phone numbers together and divided them by two, yielding the show’s subtitle: a phone number in Pompano Beach, Fla. Determined to follow the course (and seizing an opportunity to beat the Michigan winter blues), Crissman and Poe packed up and headed to Florida to pursue the origin of their combined phone number and look up their “phone number neighbors” (people with numbers just adjacent to their combination number, with the final .5 dropped for dialing purposes).