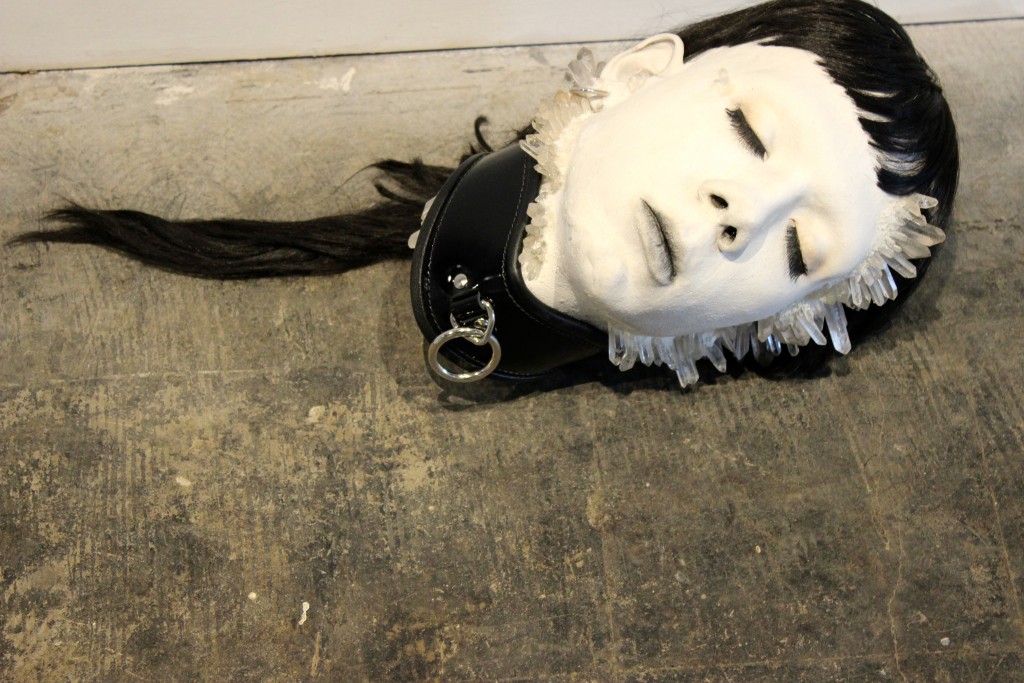 2013 Detroit Knight Arts Challenge winner Hatch is a collective in Hamtramck, Mich. that brings together the work of many artists, each with different perspectives and approaches. The latest is the work of Kasper Ray O’Brien, whose solo installation, “Show Me Love,” might be termed a “body of work” in the truest sense–nearly all the pieces are plaster casts created from silicon molds taken from his own body. O’Brien is exploring themes of objectification and the male-on-male gaze, and the work literally embodies the strain and pressure placed on the psyche in the process of offering oneself for appraisal and consumption within the world of m4m culture.

Each piece centers around a differently segmented version of O’Brien’s body–limbless torso, waist-down, only hands, only head–and the tableaux created by these incomplete figures suggest sexual encounters or invitations. The line between sexual invitation and “CSI” crime scene is thin, and there is a real tension in O’Brien’s work around the allure and danger of dealing with bodies in this way. When asked on March 12 during his artist talk at Hatch how it would make him feel to have one of his body pieces purchased and taken home with a collector, O’Brien said, “Oh, that has definitely happened. I try not to think about it. I can’t think about it.”

It has been said that a true artist bleeds for his art; in O’Brien’s case, it is actually true. Eschewing the use of Vaseline in his silicon body-casting, the initial molds take off a layer with them, a process O’Brien characterizes as, “Like getting a full body wax, done by yourself, for six hours. It hurts, it gets bloody.” The collateral damage is evident in one piece, “Untitled (2Shy),” which transferred O’Brien’s actual leg hair to his lower-half avatar.