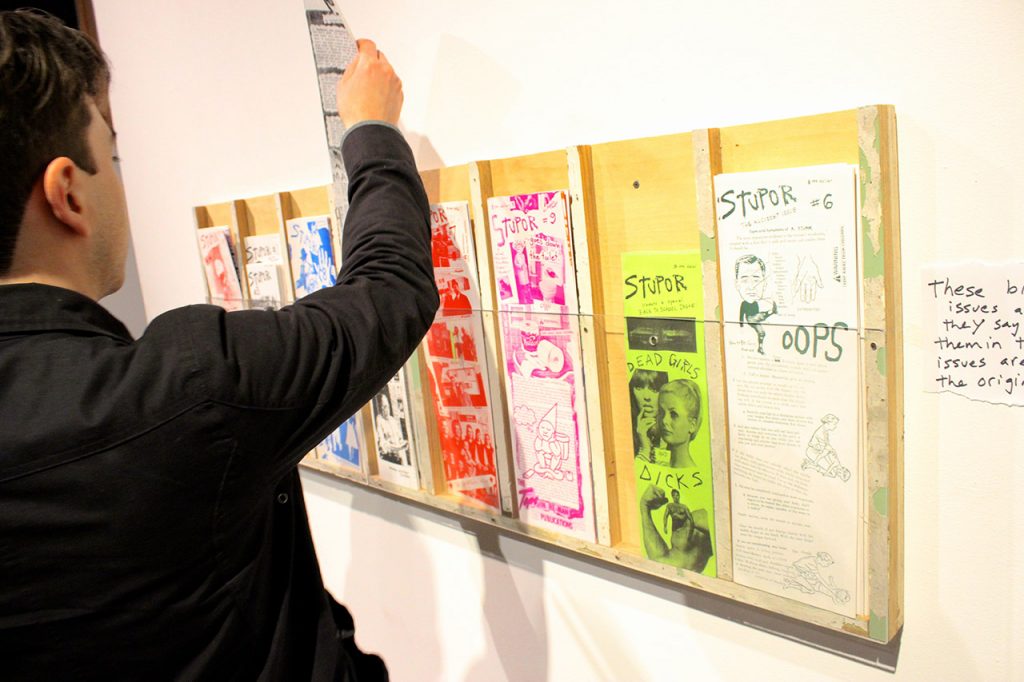 If you spend much time around the Hamtramck, Mich., art scene, you are sure to encounter Steve Hughes. Hughes is the director of the Public Pool art space, facilitator of the Knight Arts Challenge-winning Good Tyme Writer’s Buffet and, perhaps most famously, longtime writer and editor of Detroit’s longest-running zine, “Stupor.”

Beginning in 1995, Hughes set out to create a guerilla publishing entity to creatively support his recent return to the Detroit area from New Orleans, collecting stories from his cohort of grad school friends, tapping the proto-punk zine format that is the archetypal form of DIY publishing. By his fifth issue, he had struck upon the winning formula that would carry him through the next 20 years of zine-making: Hughes aggregates bar stories, painstakingly collected over hours of dedicated patronage to Hamtramck and Detroit drinking establishments.

“I love to hang out at bars–I love sitting next to people and having beers with them and listening to them. Usually people just start talking, and telling you stuff. When I first started doing it, it was because that’s where I was at nighttime, at the bar. And I guess I realized one day, when I was trying to figure out what I was going to do for my next issue of “Stupor,” I was surrounded by all these stories, and I should just attempt to collect those, instead of bothering people to send me stories.”