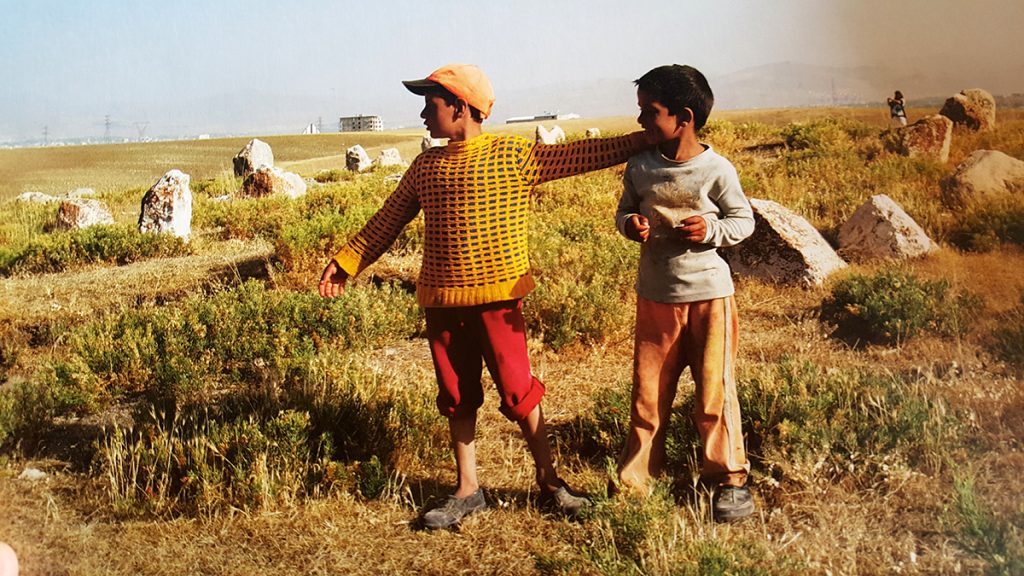 It is never necessary to provide or buy me breakfast for BWTA, but Michelle made me this absolutely stunning spread, and I feel she deserves credit for it.

As I happily wend my way deeper into Detroit’s rich and longstanding arts ecosystem, I am discovering some rare creatures, indeed. Michelle Andonian is Detroit to the core – born in 1958, the lifelong Detroiter and photographer remembers the 1967 Rebellion, and the ways in which it transformed her childhood neighborhood in Southwest Detroit. Michelle’s family was one of the few that stuck it out in the city, and until she landed a job as a newspaper photographer (CORRECTION: “I was one of the first women photographers at The Detroit News. Not the actual first-that honor goes to my friend Susan Tusa”), she had never spent any considerable amount of time outside the city. It was all she knew.

The assignment was a one-month posting in Israel, and it opened Michelle’s eyes to the wider world. Her commercial/journalistic photography career took off, and despite never completing her CCS degree, Michelle spent 10 years being flown all over the world, photographing public works projects concerning child welfare for Amway. One of her main takeaways? “Children everywhere are the same,” she says. “It demonstrates how connected we are as humans, when we allow for it.” All these photos are my bad photos of Michelle’s good photos.

The ability to allow for it can be called into question by all kinds of divisions, and one which is extremely personal to Michelle is the history of genocide perpetrated against the Armenian citizenry, whose historic homeland is situated within the boundaries of the Ottoman Empire. On April 24, 1915, Turkish soldiers began the rounding up and extermination of Armenian citizens, with total estimated casualties ranging from 800K to 1.5 million. Despite the magnitude of this crime against humanity, it remains largely unacknowledged, due to politics and diplomatic relationships favoring Turkish interests – which includes broad whitewashing of this terrible occurrence. Michelle received a Knight Arts grant in 2014 to pursue a photographic examination of the current state of conflict between Turkish/Armenian citizens, and she seized upon a rare cease-fire that afforded her an opportunity to travel in her grandmother’s native homeland – a region that, given the current state of conflict, is unlikely to be open to visitors again within her lifetime. “It was the most incredible experience of my life,” says Michelle, who translated her photographs into an exquisite document, a book that captures not only the arresting beauty of the landscape and the destruction of historic buildings that remain nonetheless breathtaking, but also demonstrates the true blurriness of the separations we constantly promote, through war and racism. “I left the captions off the pictures, including them only at the end,” says Michelle. “People will see them and say, ‘What a beautiful Armenian child!’ and only realize later that it is a (CORRECTION) Kurdish child. [via email: “The children who were not Armenian—were actually Kurdish (although they are citizens of Turkey) I feel its important to note the difference due to the current situation in Turkey— now doing to the Kurds—what they did to the Armenians.”] Michelle’s right-place/right-time in a conflict zone is part of a greater pattern of her life, dating all the way back to the documental photos she was compelled to take on what proved to be the final day before the iconic Hudson’s Department Store in downtown Detroit closed its doors for good. Michelle seems to have a sixth sense for things about to slide out of present reality, and embraces photography as a medium second to none in the ability to capture and preserve some elements of history. Despite her attachment to the past and her obsession with capturing lost spaces, Michelle is an extremely positive and forward-looking person, extremely curious and engaged with the Eastern Market neighborhood where she has lived for 28 years, and continuing to document history and change on a local level – such as her extensive photographic work surrounding the Dequindre Cut project, which transformed an abandoned railway line into one of Detroit’s most scenic walk/bike paths. Michelle will be book-signing and discussing her work at Pages Bookshop at 2:00 on Saturday, part of a series of events and efforts that accompany the 100-year commemoration of the Armenian Genocide. I’ll be there, to learn more about this lost chapter of history, and hear more from this tireless witness, translating loss and attrition into a celebration of life and memory.