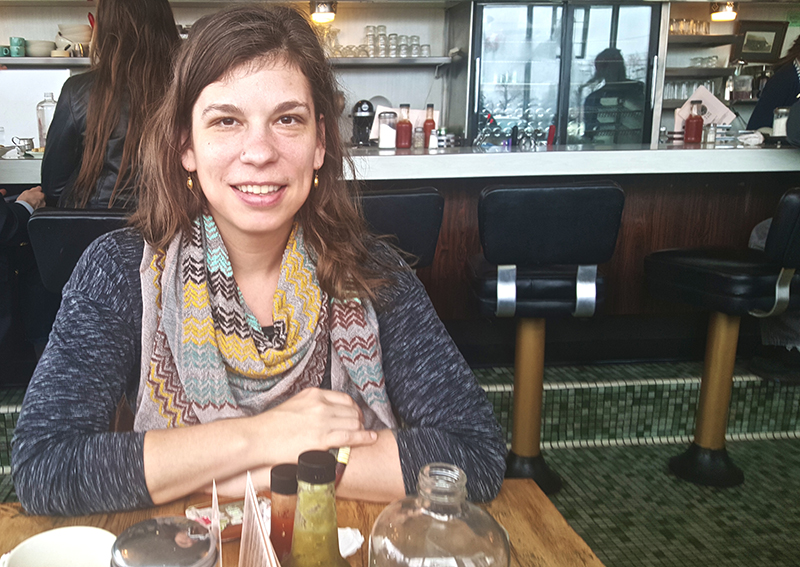 There is a strong thematic difference between conversations I have with old school Detroiters and those I have with newer transplants. In both cases, there is a fierce love and respect for the city, but in the case of newer arrivals – like visual artist and Crash Detroit Festival organizer Lauren Kalman, who came here in 2011 – there is a sense of figuring out one’s place in this new environment. Lauren moved here from Providence, Rhode Island, and describes the scene there as being so much smaller and more accessible. I can certainly relate; through a combination of circumstance and social climate, I spent years as a ghost around the city and within the art scene, growing slowly into a network that now finds me greeting friends everywhere I go.

What, I wonder, would be the cost of greater inclusivity? A degree of vulnerability, for one thing; if Detroit is slow to let down its guard and welcome people with open arms, it has learned that honestly, through years of broken promises. Perhaps a loss of character? Some of the greatest aspects of Detroit – such as the continued existence of historical buildings that would have been demolished and paved over decades ago in a city with higher demand; the lack of chain stores and corporate homogenizing of place – are the direct result of its standoffishness, in some ways. There are relatively few population centers that have maintained a sense of self outside of capitalist branding… I remember how enthralled and attracted I was by the preponderance of hand-painted signs all over the neighborhoods – bonky Mickey Mouses grinning from the sides of defunct candy stores, hand-painted logos. Detroit has long since learned about doing for oneself, rather than relying on wider systems to do for you, and takes a kind of crooked pride in that. I don’t blame it.

In fact, that DIY spirit speaks to what I have concluded is the fundamental currency of respect in this city: the ability to work hard and thanklessly for a long period of time, without receiving much reward. You are not a Detroiter until you have learned the skill of delayed gratification, pride in work for its own sake, patience patience patience (I hate learning this. HATE IT). I am a different person than I was when I first arrived, and I am eternally grateful to Detroit for teaching me how to be that person, not to mention the first communities here that welcomed me, even as a vain and unproven entity, lost in my own searching.

For Lauren, that first stop was the Detroit Party Marching Band, which she joined as a way to connect with her new environment. When I ask what instrument she plays, she grins and characterizes what she does as “making noise through objects,” including a sort of mini-tuba (which is what she plays with DPMB), the Sousaphone (which she played with a band in RI), and the flute (which I suspect represents a more classical training, but less satisfyingly noisy she seems to feel). Between her band life, which now includes organizing the annual festival in its third year, as well as seeking funding to expand into youth-directed programming; her personal practice, which involves some pretty provocative and interesting takes on person-as-objects; and her teaching position at Wayne State University; and some upcoming organizing-curatorial efforts that will yield some shows at Popps Packing and Holding House later this year… I’d say Lauren is getting well-acclimated to the ecosystem here. That’s good! She’s just the kind of cross pollinator that helps the flowers thrive.

Creative exchange is crucial, as I’m sure everyone is tired of hearing me say. Our art scene has long been insular, and there is a kind of beauty to the closed network, but things can’t disseminate if there is no movement in and out of the city. When new folks come, they don’t just represent their individual interest and values; they represent connection to a wider world, one which seems more curious about Detroit with each passing day. I personally struggle between hoping everyone realizes how special this place is, and hoping no one else does. I guess it’s up to each and every one of us to decide how much we make an effort to include the new kid on the block. But we are always the new kid somewhere…a little pay-it-forward on the welcome might bring unforeseeable returns in the future.

P.S. I totally forgot to mention that you can see some of Lauren’s work in the three-person show, THEM at Butter Projects through May 7! What a thing to forget! Go check ’em out!