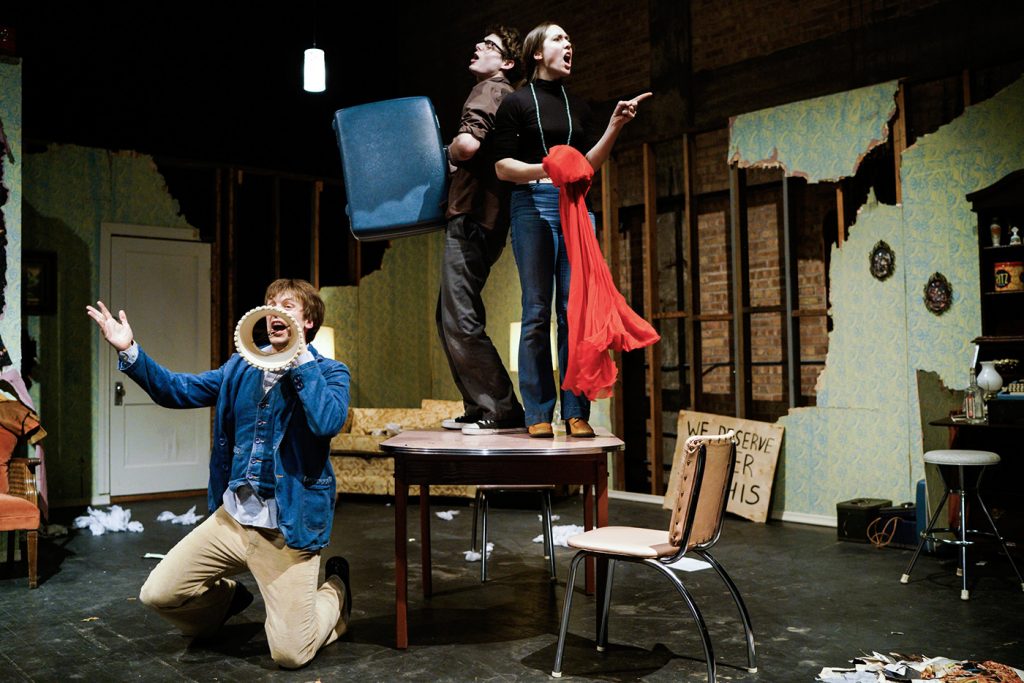 Above: “The Radicalization Process” crescendos into a rally. All photos by Alverno Presents/Kat Schleicher Photography, courtesy of The Hinterlands.

It would be impossible to boil down the astonishing complexity of “The Radicalization Process”–a new work by experimental theater ensemble The Hinterlands, made possible with support from Knight and other organizations–down into a single thesis. But if one were to try, it might be a statement oft-repeated throughout the course of the show: “The only war that matters is the war against the imagination; all other wars are subsumed in it.”

The statement is made and revisited by the three-person cast that forms the permanent core of Hinterlands: Liza Bielby, Richard Newman and Dave Sanders. Past productions have seen others take the lead–for example, Newman as ringmaster of a vaudeville-based walk through Detroit sub-culture, The Circuit (also funded by Knight)–but Bielby is the beating heart and commanding presence of this show, first greeting attendees in the basement of Play House, where she introduces us to a mysterious archive. We are informed that the archive was found when Hinterlands took control of the abandoned house, and through her obsession and subsequent organization of the water-damaged materials, Bielby sparked the impetus for the production about to take place.