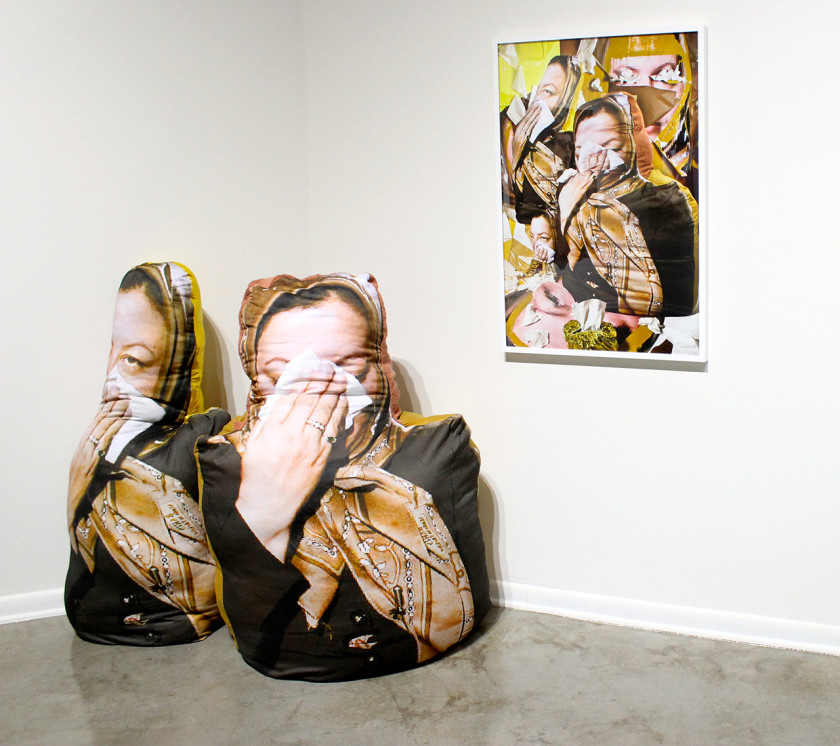 Orchestrated by guest curator Samantha ‘Banks’ Schefman of Playground Detroit, Doubly So at Center Galleries on the College for Creative Studies campus is a four-person show of new work. Featuring four artists—Amalia Soto (aka “Molly Soda”), Sheida Soleimani, Sofia Szamosi, Dessislava Terzeiva—the work on view in the exhibition shares the common trait of young female artists deeply engaged with technology and social media as a platform for their work. In a show that collectively examines dual identity and contemporary experience via multiple media, Soleimani’s work stands out as the most overtly political and navigates the duality of her Iranian-American heritage via the subject of the execution of female prisoners. We sat down for a brief interview following the show’s opening weekend, to discuss the inspiration and methodology behind her provocative and eye-catching soft-sculpture installations and photographs.

SARAH SHARP: Can you give some background on the work that is on view in Doubly So, specifically?

SHEIDA SOLEIMANI: My parents are both political refugees from Iran and were persecuted during the revolution. My dad was an activist in hiding for three years; he had escaped over the border. My mom was not politically active at all, but she was imprisoned and tortured during their search for my dad.