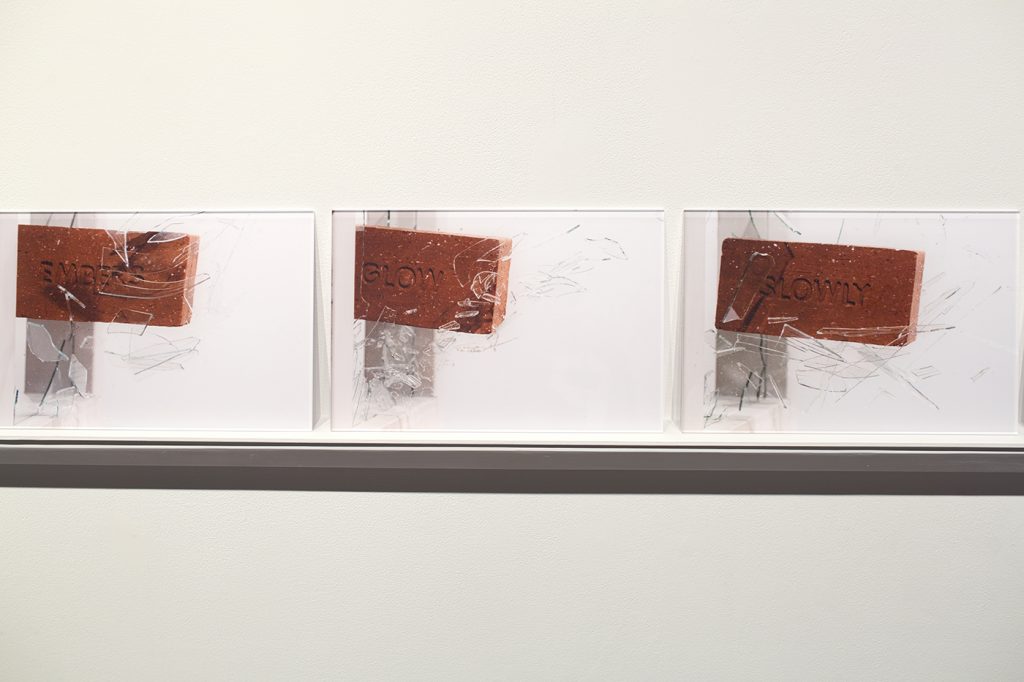 DETROIT — Object-oriented ontology suggests that inanimate objects have lives and wider spheres of experience than the ways in which they relate to humans. It’s a fun thought exercise to consider an object capable of experience, but perhaps a more complicated one to consider what experience looks and feels like from the perspective of a thing that does not look and feel — a highly objective exercise, one might say.

This process of examination is one of the starting points of Anthony Marcellini’s solo show at Simone DeSousa Gallery, City of Restless Objects, which seeks to interpret Detroit’s complicated experiences through one simple, dense object: a brick. In many ways, the brick is an ideal object-mascot for any number of struggling Rust Belt cities, as they represent a kind of basic currency for a city — they are its literal building blocks. “Bricks were a pretty visible object for me on moving to Detroit,” said Marcellini, who grew up in Arlington, Virginia, and moved here from Gothenburg, Sweden in 2013, via email. “A seemingly dumb or mundane object, yet also charged — an object as witness to the waves of history within this city. I saw bricks everywhere in various states of emergence, stasis, and neglect.”