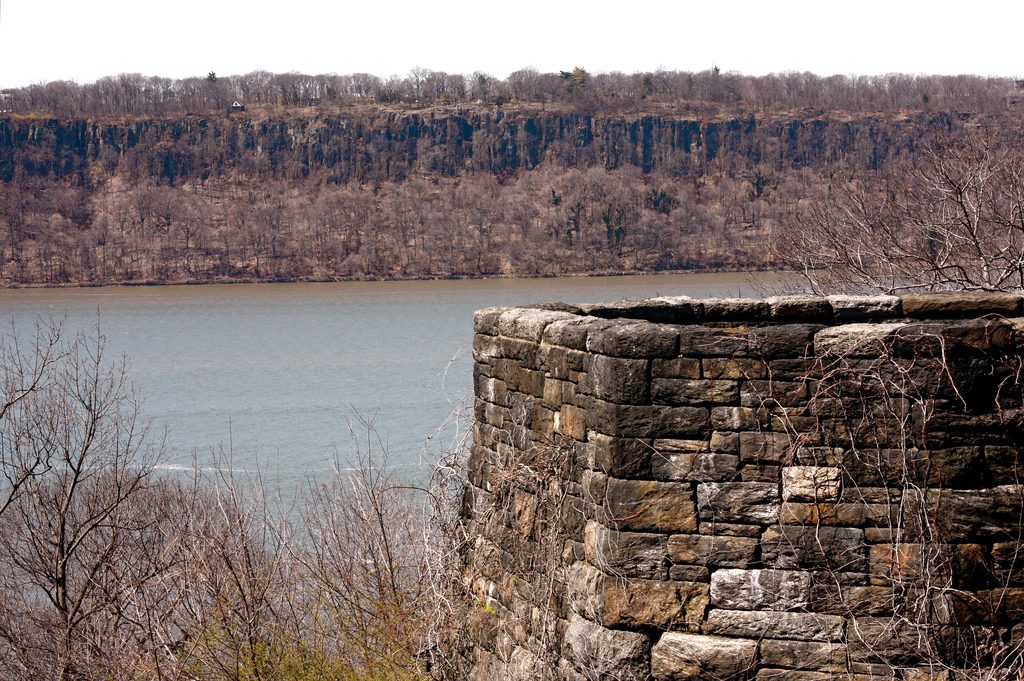 Before you say don’t date a drug dealer, well sure—I was not trying to date a drug dealer. I was trying to buy drugs from him. Anthony, a sleepy-eyed guy who sold pot-on-delivery, would roll into my apartment every three weeks or so, smiling slow, talking calmly about art or literature, stealthily appealing. I never paid attention until my birthday, which he somehow remembered—as opposed to my boyfriend, who ditched out from attending my party on account of work—but Anthony was there, with a slender volume of poetry and an eighth of mushrooms thrown in no-charge on top of my usual.

After that, I went uptown to visit him in Washington Heights, where he lived. We walked around the Cloisters, a former monastery that now housed a collection of Medieval religious art. It was a place I liked. We walked the gardens and spoke frankly, as we always did—and as I also liked—about life, about art. Anthony was a painter. I didn’t like his work at all, but admired his ethic, and found I could still speak about it critically, perhaps better than some work I did like. Anthony had said, “I’m just doing what it takes, every day, to feel good.”

Eventually, I had to cool it, when it became impossible to ignore his romantic interest in me. I quit smoking pot, which was starting to go bad for me anyway, and a couple of months thereafter, also quit my boyfriend—without pot, it was harder to put up with someone unwilling to spend time anywhere outside his Astoria apartment. Maybe a lot of life is spent in the living room, but I still had some living to do out there in the world, or so I felt. After a little while single, I gave Anthony a call. He was still up in Washington Heights, how about I come over on Friday? So I did. We met at the Cloisters again, walked the same paths where he had said what he said, about doing what it takes, every day, to feel good.

That phrase had echoed in my mind throughout our separation. As I quit my job and tried to survive as an artist. As I left my boyfriend, despite sensing we were on the verge of taking things official. Destroyed all the stability, built painstakingly over five years in New York City, because none of it was feeling good to me anymore. That phrase led me back to Anthony, and here we were again, hanging out around the Cloisters. His dark eyes, his fascinating self-control with respect to his desires. I knew he wanted me—he had told me so the last time—but he never made me feel like there was pressure. “What’s mine will come,” is what he said. And here I was.

I came up to visit again; he was with his younger brother Bill—the taller, the handsomer, the baby-daddy with a young daughter stashed somewhere in Ohio. Same sleepy eyes, slow smile, a charming charmer. I was getting a little hooked on Anthony and his daily feeling good, attempting to internalize that ideology. The next week I met him at the Apple store in SoHo and watched him lay down cash to buy his first computer.

Sunday in Washington Heights; we ordered in Thai food and were watching football, which we both liked, and discussing art during the commercials. I had quit drinking in the weeks since we’d last hung out—for the first and not the last time—and he offered me a self-help book. It cited trumped-up science on the laws of biology, and perusing it, I said the gist seemed to be justifying addiction as a natural human function. I said this was not a useful philosophy for someone newly sober. I said that for some people, drugs and alcohol were destructive. Anthony said, “I just want to feel good all the time.”

I heard it echo, this new version of the thing he’d said before. “No one can feel good all the time,” I said. “That’s impossible.”

“But that’s just chasing something,” I said. “That’s how people get involved with heavy stuff. Maybe some people can smoke just a little pot, but I don’t know anyone who does just a little heroin.”

I became very polite. Eased away from the subject, small-talked my way out of his apartment, and left knowing I wouldn’t talk to Anthony again. Wondering what it said about me that all the men who loved me were painters or heroin addicts, or both. Contemplating what I could do, today, to feel good—not in a cheap, ego-driven way, and certainly not forever, but today, a little better than it had been so far.