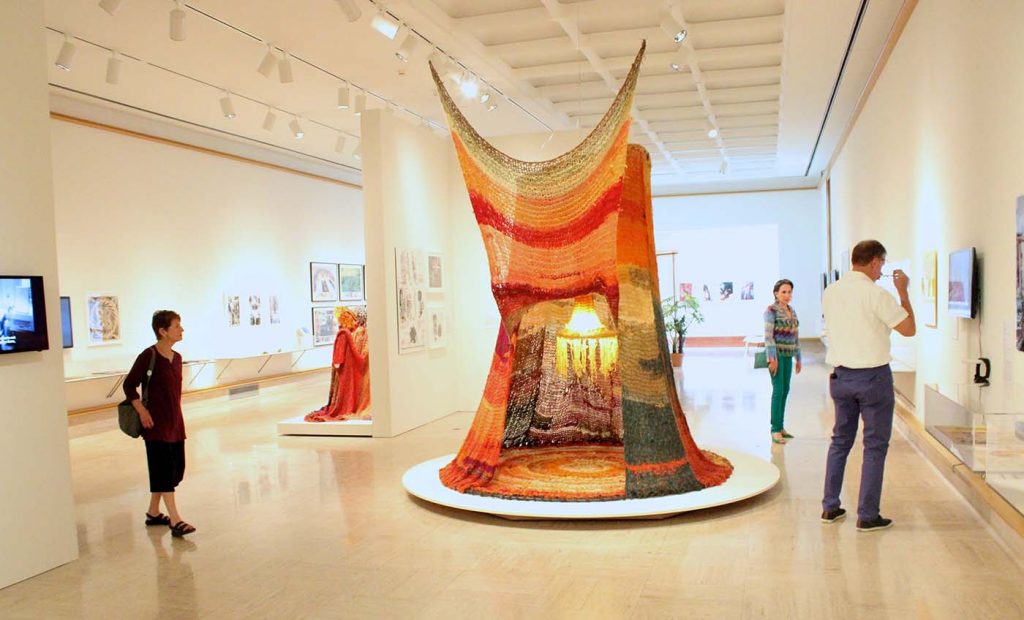 If you lack the tolerance for Hollywood blockbusters, here’s a tip to beat the heat in Detroit this summer: Take in “CC5 Hendrixwar/Cosmococa Programa-in-Progress,” the full-gallery installation of a work by Hélio Oiticica and Neville D’Almeida.

Tucked away in the furthest reaches of “Hippie Modernism: The Struggle for Utopia” at Cranbrook Art Museum, the installation comes complete with gratifying tunes, soothing visual projections and hammocks. Along the way, you’ll have a chance to soak in an astonishing array of materials assembled initially for the Walker Art Center by Andrew Blauvelt; fortunately for Metro Detroiters, the exhibition seems to have followed on his heels as he assumed the mantle of director at Cranbrook Art Museum. The full-floor exhibition is a heady chaser to the massive survey of old and newly-commissioned works by Nick Cave, which was funded by a 2014 Knight Arts Challenge grant, and will be followed by a Knight Arts-funded Detroit tour of Hank Willis Thomas’ “The Truth Booth,” opening in November of this year.

Hippie culture has mainstream associations with the San Francisco Bay Area or upstate New York, but “Hippie Modernism” recasts this period of intensive culture shift from the mid-1960s through the early ’70s in a global light, and shows how hippie aesthetics and values informed and absorbed global trends in design, politics and environmentalism—not just the sex, drugs and rock-and-roll that are the movement’s trademarks. “The period under consideration is a historical transition from one epoch to another: from an industrial to a postindustrial society and from a culture of an ossified high modernism to a nascent postmodernism,” writes Blauvelt in his introductory catalogue essay, which prefaces a weighty tome assembled by the Walker Art Center—a must-have for anyone wishing to absorb the full measure of this incredibly dense exhibition.