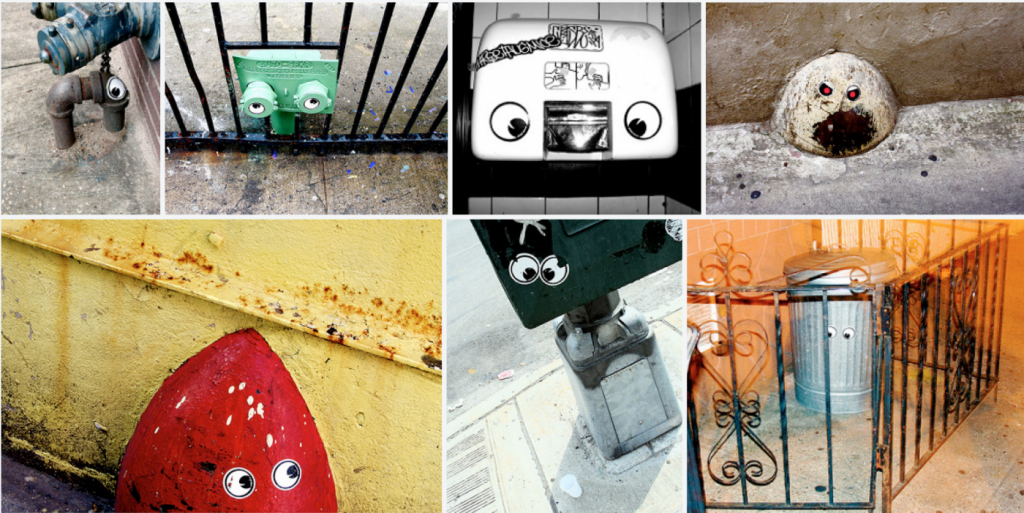 It sat on the front stoop to the left of the door and stood when I walked out like it was waiting for me. It wasn’t until I stopped to tie my sneaker several blocks later that I realized it had been waiting for me. The creature was behind me, standing about knee-high with a patient expression.

I went to the sandwich shop, the creature on my heels. The sign said “No Pets” but that didn’t apply to my situation—it wasn’t my fault if the creature wanted a sandwich. As I walked to the counter I noticed Alan sitting in the corner. During the inevitable run-ins around the neighborhood since we stopped being friends, my policy has been to courteously pretend that at least one of us didn’t exist. Because I had the creature with me, it seemed like less trouble to pretend that Alan didn’t exist. I made my usual order, the #18 with six separate modifications—which had always exasperated and embarrassed Alan when we ate here together—and a soda. I looked down at the creature.

“Mraw,” it said. I added chips to my order and paid.

I waited for my sandwich, studiously contemplating the menu board on the wall rather than chance eye contact with the guy who wasn’t there. He ruined the charade by walking up to me.

“Oh,” he said, and looked at the floor, conversationally stymied, but only for a moment. “What’s that?”

“Yeah, mine hasn’t come yet,” Alan said. “I saw you there, and I thought I’d come over and say hi, but I can see you’re just the same.”

“Never better,” I replied cheerfully, as though he had just now asked me how it was going. The counter guy deposited a wicker plate at the corner table where Alan had been sitting. It was his usual—a #25 with no modifications. Alan didn’t like tomatoes, but he always picked them off himself to make a point about how much more considerate of a sandwich shop customer he was.

“Never better,” he said, shaking his head sadly at my sameness. “That about sums it up.”

I picked up my order at the counter and left the sandwich shop. The creature came with me to the park, and hopped up to sit on the bench when I stopped to eat my sandwich. It was a windy-sunny day, the sky scraped clean of clouds and the light overbright. I ate my sandwich and drank my soda and squinted at the passers-by. The creature ate most of the chips and my pickle wedge.