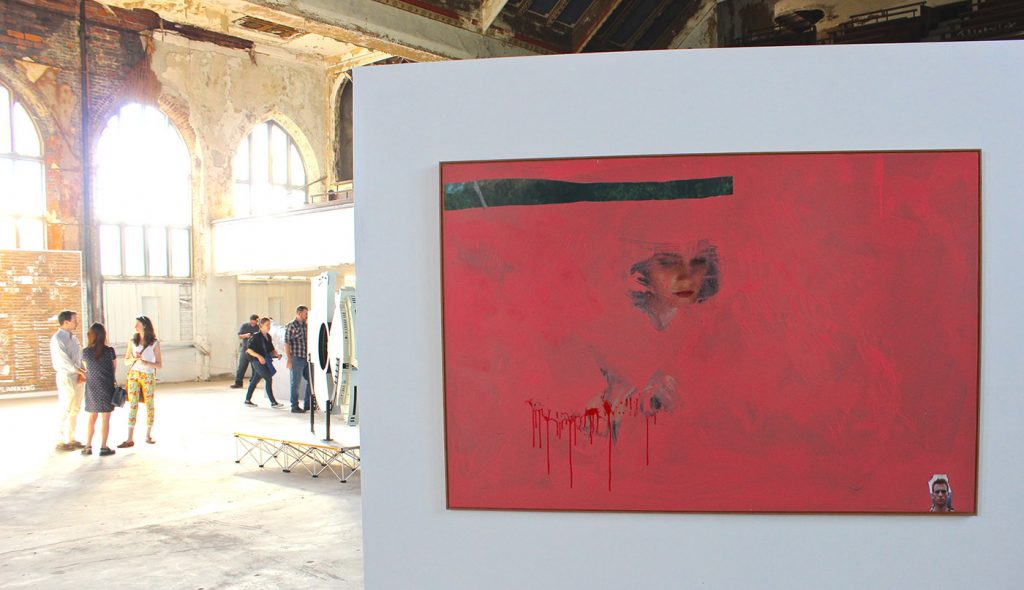 DETROIT — It is sometimes difficult to realize that a lot of what might be construed as who you are is actually a reflection of where you are. Perhaps contemporary gallery spaces embrace the “white cube” concept because it is a great equalizer, reducing wherever you are to the same nowhere space, a blank canvas against which everything becomes venerated, outstanding. But this is Detroit, and it is no blank canvas.

But rejection of the blank canvas is fraught with complications — logistically, aesthetically, and politically — and in viewing War Games, some of those issues became very prominent. Woods Cathedral is a breathtakingly lovely space in its own right, replete with remarkable 100-year-old frescoes, original woodwork, and architectural details in varying states of decay. The quality of light and space in the vaulted main gallery was designed to showcase God’s glory, and, with a few exceptions, the individual works struggled to stand up on such a stage.