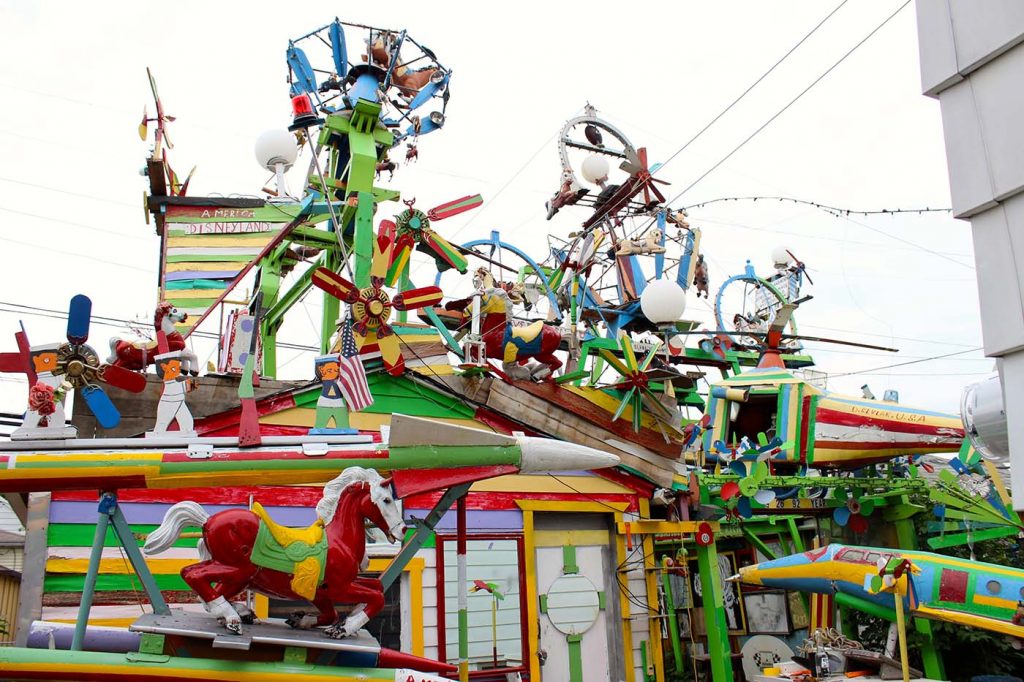 HAMTRAMCK, Mich. — Outsider artists walk a fine line between being perceived as inspired or insane. There are those who identify as artists and acknowledge their participation in a wider conversation; but, for the most part, outsider artists seem to run on instinct, conveying a seemingly limitless sense of self-expression that reflects in what they do. Without the legitimizing acknowledgment of their work as “art,” outsider artists are often considered by their immediate communities to be eccentrics under the best of circumstances. This was certainly the case, for a time, with Dymtro Szylak, creator of the outsider art installation known as “Hamtramck Disneyland.”

Jean Dubuffet, the French artist who coined the term “outsider artist,” defined her as such:

[Their] authors draw everything […] from their own depths and not from clichés of classical art or art that is fashionable. Here we are witnessing an artistic operation that is completely pure, raw, reinvented in all its phases by its author, based solely on his own impulses.

If, as Dubuffet would have it, Szlyak’s folk art is drawn entirely from his “own depths,” then his depths are brimming with the American dream as seen through the filter of immigrant idealism. Szylak was native of Ukraine, and came to Hamtramck in the 1950s, following a stint in a displaced persons camp. After retiring from a 30-year career in auto manufacturing in the late ’80s, Szylak began work on his folk art installation, tenuously mounted to the roof of the garage behind his Hamtramck duplex on Klinger Street and that of the adjoining property.