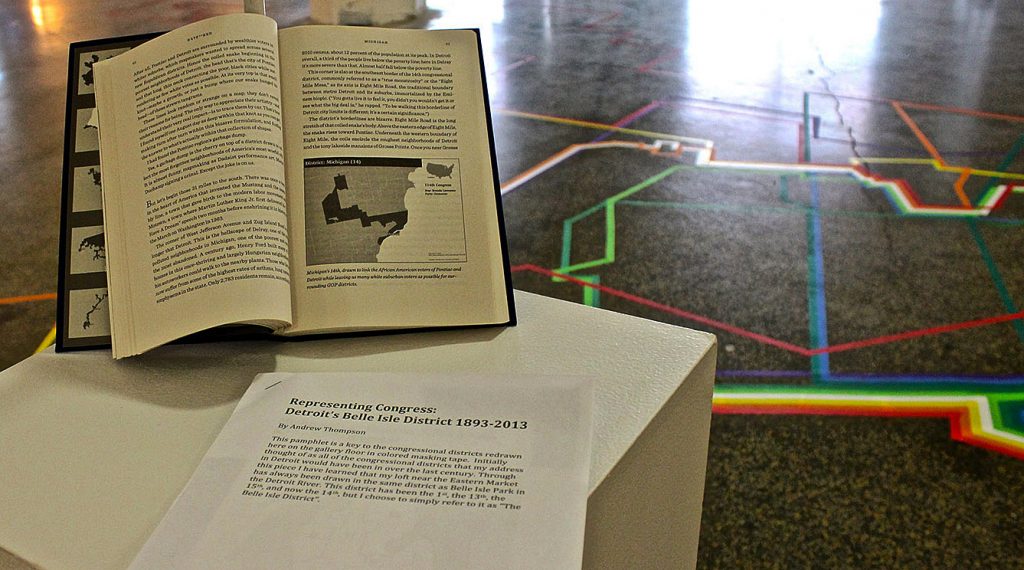 TOLEDO, OH – Gallery Project, one of the most ambitious annual art exhibitions in the region, returned with a roar this month, opening its fourth installment on Monday, August 1st with Re:Formation – which will remain on display in the former department store at 600 Jefferson Ave in downtown Toledo, Oh through Wednesday, August 31, before moving to its second location at the Ann Arbor Art Center (117 W. Liberty) on Friday, September 9, and remain on display there through Sunday, October 16. As in previous years, the exhibition draws some 50+ local, regional, and national artists together around a theme, however, the tone of this year’s theme – Re:Formation – strikes a markedly different note than last year’s theme, Wish List. Co-curators Rocco DePietro and Gloria Pritschet were compelled to pursue a more pointedly political theme this year, and the resulting submissions demonstrate the success of that aim.

“Last time there was a focus on hope,” said Pritschet, in an interview with Detroit Art Review, “but something shifted, right around November of last year, where people who had never spoken out began standing up, and we knew we needed to re-form around that concept.”

DePietro can pinpoint the moment more exactly: “Everyone had a different tipping point,” he said. “For me it was the shooting of Tamir Rice.” The ever-mounting documentation of increasingly visible human rights abuses has left both DePietro and Pritschet moved to consider what power art has to affect human issues, and sought to create this year’s Gallery Project as an effort to “express the new form that’s taking shape within art.”