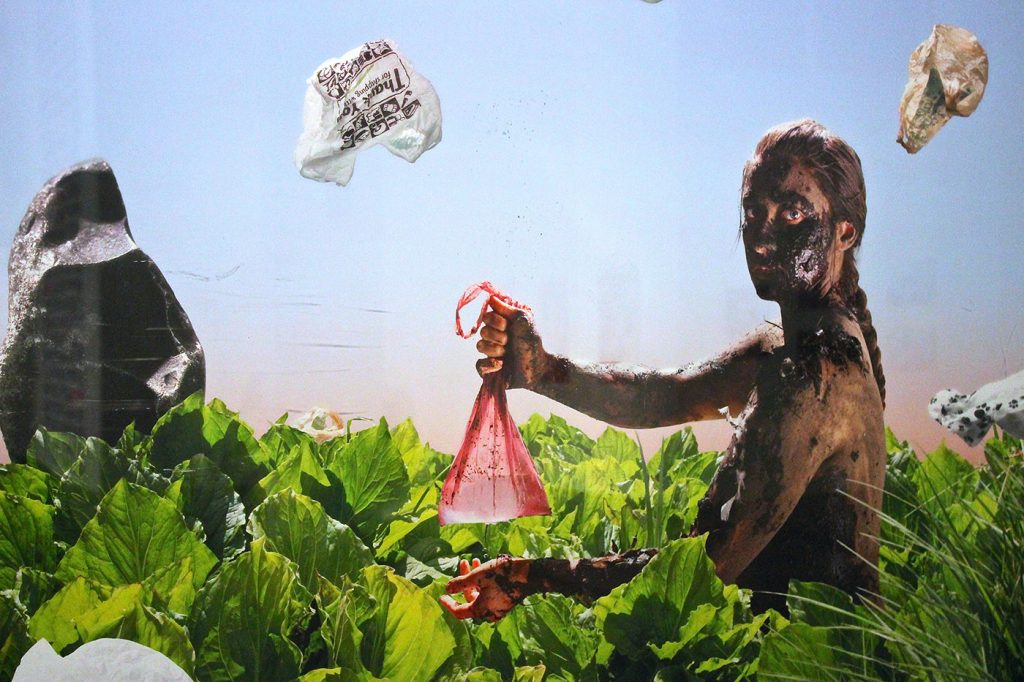 TOLEDO, Ohio — Midwesterners are many things, but they aren’t, as a rule, complainers. Rust Belt cities have taken hard times on the chin; as a bicoastal interloper, I’ve learned through long exposure that complaints about anything, from the ravages of late capitalism to the ungodly hot summer weather, will generally be met by native Midwesterners with a desultory shrug and a “that’s life,” attitude. Sure, times are tough, but the prevailing sense is that it would be a bit beneath our collective dignity to say so. Taken in that context, this year’s Gallery Project, Re:Formation — the fourth annual installation of this largely regional art exhibition — is the Midwestern equivalent of flipping a cafeteria table in a Hulk-like rage.

The show’s theme solicited submissions running along dramatic and political lines, touching on broad and flagrant issues of social injustice — in sharp contrast to last year’s Wish List, which elicited fairly optimistic and personal presentations. This shift in tone was the expressed ambition of the show’s co-curators and longtime exhibition-makers, Rocco DePietro and Gloria Pritschet. “Last time there was this focus on hope,” Pritschet told Hyperallergic. “But starting in the fall [of 2015], something shifted, where people who had never spoken out began standing up, and we felt we needed to re-form around that concept.”

Remember, Midwesterners do not complain. For people to stand up in protest, it takes truly dire circumstances, like the decades of systemic oppression that set the stage for Detroit’s infamous 1967 Rebellion, or, more recently, the slow-dawning horror of the Flint Water Crisis — the latter being the subject of many of the pieces on display in Gallery Project’s 17,000-square-foot former Lamson’s department store in downtown Toledo. The grief, anger, and betrayal felt over the situation in Flint, articulated by artists throughout the region and the nation, is expressed in Re:Formation through a multitude of media: documentary video footage by Detroit artist and cultural archivist Kate Levy; a comic book starring a Flint family rendered as whimsical woodland creatures, by Philadelphia artist Meg Lemieur with Beehive Design Collective; and, arrestingly, in “Plumbum,” a large-scale installation by Bay City artist Mark Bleshenski.