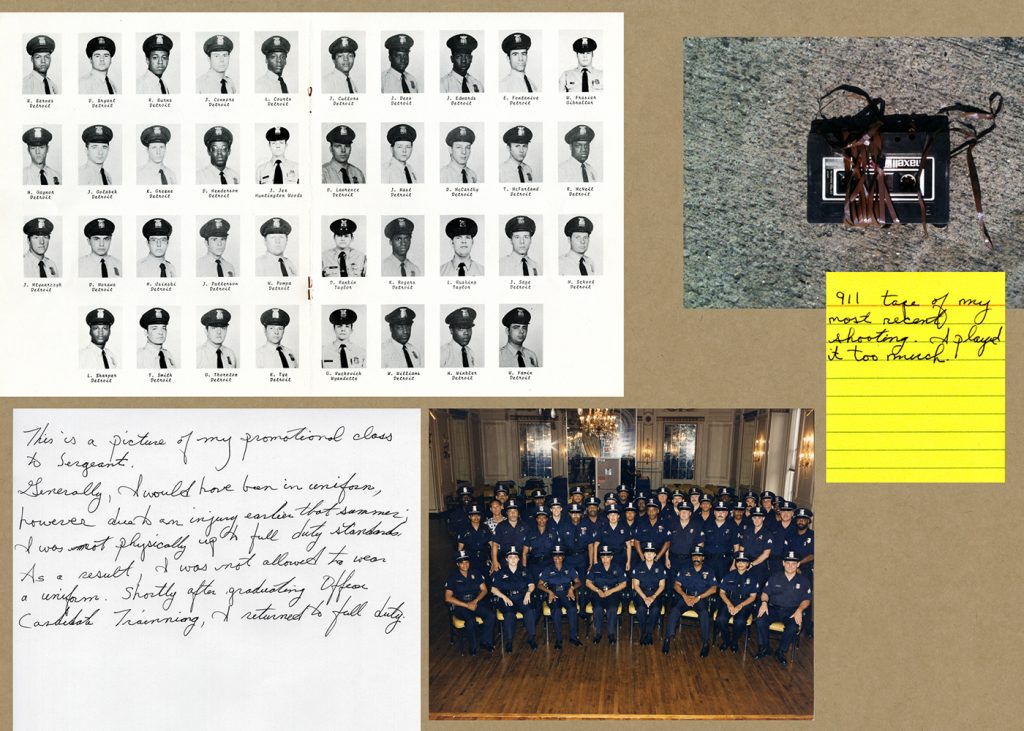 TOLEDO, OH — It’s impossible to consider the content of Beautiful Pig, a collection of works by artist Ben Schonberger, as wholly separate from the scourge of police and state-sanctioned violence against people of color. Schonberger spent two-plus years collaborating with Marty Gaynor, a retired Detroit police officer who obsessively documented his work and subsequently retained thousands of images taken in the course of policing during the 1970s and ’80s; in the process, the artist created a body of work that blends archiving with revisionism and role-play. The source material and the new creations are presented mostly in photographic form, both in the exhibition, which opened at River House Arts earlier this month, and in a book that also bears the show’s name.

When I sat down to discuss the project with Schonberger, he began by mentioning a previous one, wherein he worked closely with a taxidermist. “His shop was in his home, so you had the work space and the living space, and he kind of gave me access to both spaces,” said Schonberger. “So I started photographing his taxidermy specimens in both locations. I learned early on, after working with this guy and him sort of letting me into his workspace, I was not that interested in the taxidermy. I was more interested in him, this archetype of masculinity he reflects. He was very macho, he worked with tools, he was working with animals, and he wore camo.”

Moving to Michigan to pursue his MFA in photography at Cranbrook Academy of Art, Schonberger thought to continue his examination of masculine identity in an anthology format. “I thought it was going to be a big book of stories,” he said. “I wanted to meet these guys that reflected masculine characteristics and masculine jobs, and I would learn something about them through their profession, and I would piece together my own collection of skills, but also friendships and images and experiences — it was kind of like piecing together an education through Detroit.” Chance acquaintance brought him to Gaynor. Schonberger was advised to play up the Jewish aspect of his mixed-religion and largely secular upbringing in the meeting.