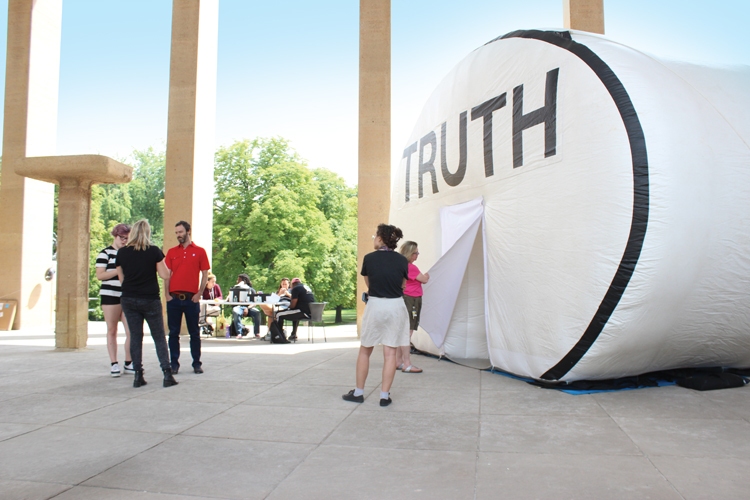 Most of us were probably told as children that honesty is the best policy. But entry into the adult world often carries with it a more nuanced view. To hear the participants of the In Search of the Truth (The Truth Booth) project tell it, having an opportunity to speak one’s truth is actually a rare event.

The Truth Booth — a portable, inflatable, and interactive sculpture created by Cause Collective artists Ryan Alexiev, Jim Ricks, Will Sylvester, and Hank Willis Thomas — began its international tour in Ireland in 2011. It stopped in Michigan for two weeks in July and August during a tour that included both political party conventions and all 50 states.

Now, results of the Michigan visit will be presented in an exhibit called The Truth Is I Hear You. It opens at the Cranbrook Art Museum on Nov. 19.

The exhibit — a 60-foot-wide video installation accompanied by photographs documenting Truth Booth tour locations — will deal directly with some 1,200 recordings made by metro Detroiters and residents of Flint, collected at various locations throughout the city and outlying communities.