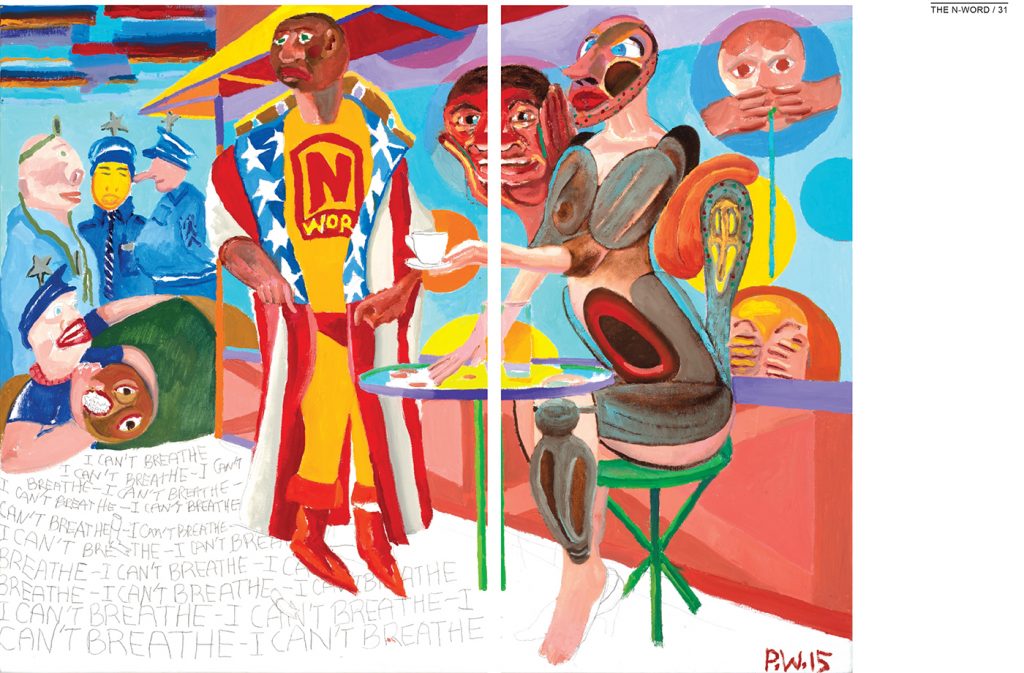 A great deal of art leverages mystique by processing experience through varying layers of abstraction. The N-Word, a new collection of paintings by the artist Peter Williams — published by Rotland Press and with contributions by writers Lynn Crawford and Bill Harris — does the opposite: it lays out a response to systemic violence against people of color by the police in graphic and direct terms. “The N-Word” is the eponymous subject-protagonist of many of these images, a superhero who intervenes in situations featuring cops styled as pigs, vampires, and menacing pseudo-jesters. Despite sharing aesthetic foundations with Cubism far more than realism, Williams’s work here displays a prevailing sense of truth grounded in lived experience —  a kind of subjective or emotional realism.

It’s a bit of a sticky moment for emotional realism. The politics of this election cycle — and, increasingly, global politics in general — seem geared toward amassing social capital and influence through the exploitation of lies that “feel” true. But it’s striking that the highly subjective interpretations of relations between police and citizens of color, as laid out in Williams’s bold and colorful tableaus, feel representative of a facet of reality that is increasingly validated by social and mainstream media, after centuries of going largely unrecognized. Images that would have been extremely confrontational even 20 years ago now stand on the precipice of normalization.