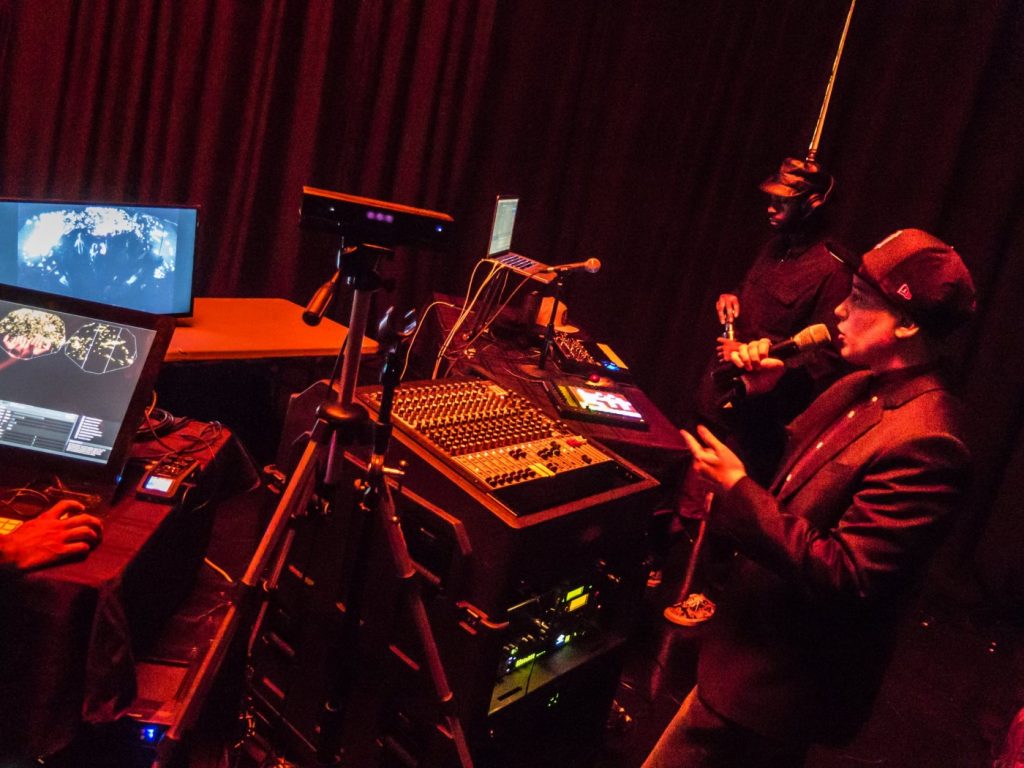 Social practice art has gained momentum and recognition as a discipline in recent years. Artworks in this vein defy categorization, as they often combine elements of architecture, design, performance and audience interaction in their effort to create an active viewing experience—one that perhaps carries a message beyond the walls of the performance setting.

All this is the ambitious aim of Complex Movements, a Detroit-based art collective that seeks to combine complex science and social justice movements into an interactive performance space that reflects the needs, strengths and stories of a given community. The group has received support from Knight Foundation to develop its incredible touring art space, multimedia installation and organizing project, “Beware of the Dandelions,” and to take the experience on tour, with a series of shows, workshops and community events in Dallas and Seattle, to date. Fresh from the road, Complex Movements is hosting a series of sold-out performances out of its home base, the East Side Talking Dolls design studio, coordinated by parent organization, Emergence Media.

Those lucky enough to score tickets to one of the shows are in for an intense, multi-sensory event, for the Complex Movement crew has an incredibly diverse skill set. Emergence Media co-founder Invincible/ill Weaver (who prefers the pronoun “they”) is known citywide for their rapid-fire hip-hop stylings. Invincible spits stories of social discord, love and loss, rage and rebellion, and memory and healing, in staccato bursts of language that are lyrical and intensely heartfelt by both performer and audience. Emergence Media co-founder Wesley Taylor (also co-founder and owner of Talking Dolls) is a graphic designer, fine artist and musician. L05 (also known as Carlos Garcia) is a multimedia artist and performance systems architect. Wajeed is a music producer, sound designer and filmmaker. All of these talents were coordinated into the “Beware of the Dandelions” performance module by producer and cultural strategist Sage Crump, who directed the show.