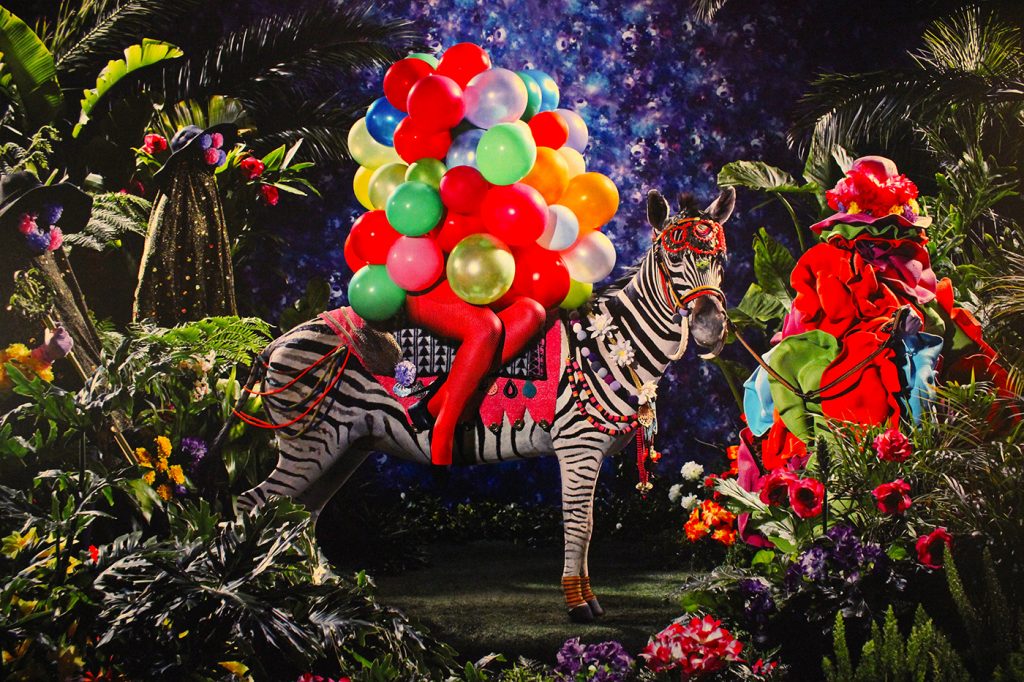 “I was in South Africa last February for a design conference and an art fair,” says Chrisstina Hamilton, director of vistitors’ programs, “and Athi-Patra Ruga was the name on everybody’s lips. In May, I was out in San Francisco for the opening of the Museum of Modern Art, and I ran into Esa Nickle, who is the producer for Performa.”

Nickle and Hamilton had a conversation on ways to potentially collaborate and discovered they had common a desire to bring Athi-Patra Ruga to the States. The artist will be performing a collaborative piece titled Over the Rainbow at the 2016 Performa Gala in New York in early November, and coming to Michigan for a series of speaking engagements directly afterwards.