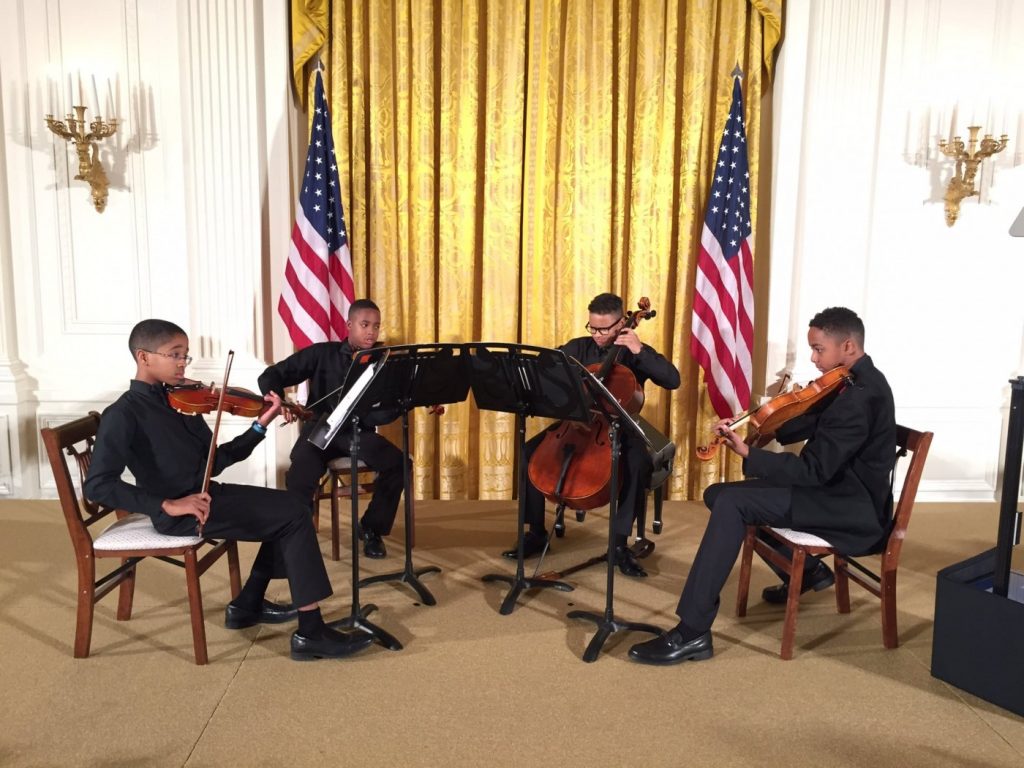 When the Sphinx Organization began nearly 20 years ago, with the mission to encourage access, inclusion and exposure for musicians of color within classical music, it was a grassroots effort that could hardly have foreseen recent events. This month, one of Sphinx’s education programs, Sphinx Overture—which provides free violins and instrument lessons to elementary students in Detroit and Flint, Michigan—was honored as a recipient of the 2016 National Arts and Humanities Youth Program Award. Sphinx President Afa S. Dworkin and Detroit Overture student Joselyn Hernandez attended a ceremony at the White House to receive the award from First Lady Michelle Obama.

“Being the only Detroit-based organization recognized [for] creative youth development program is a wonderful honor,” Dworkin said in an email to Knight, which has funded programming at the organization through both the Knight Community and National Initiatives and Arts programs, including $1 million in Knight Foundation funding in 2012, and more recently a $50,000 Knight Arts Challenge award that provided free tickets and programming, plus TV and online broadcasts of the annual Sphinx Finals Concert.

Sphinx was founded 20 years ago with the national Sphinx Competition for young black and Latino string players. Over the decades, its programming has grown to include multiple scholarship and grant programs that have distributed more than $2.5 million in funding to students of classical music, touring orchestras and quartets that have reached 70 cities, a national convention on diversity in the arts, and education programs including Sphinx Overture—the program that received high honor from the White House this month.