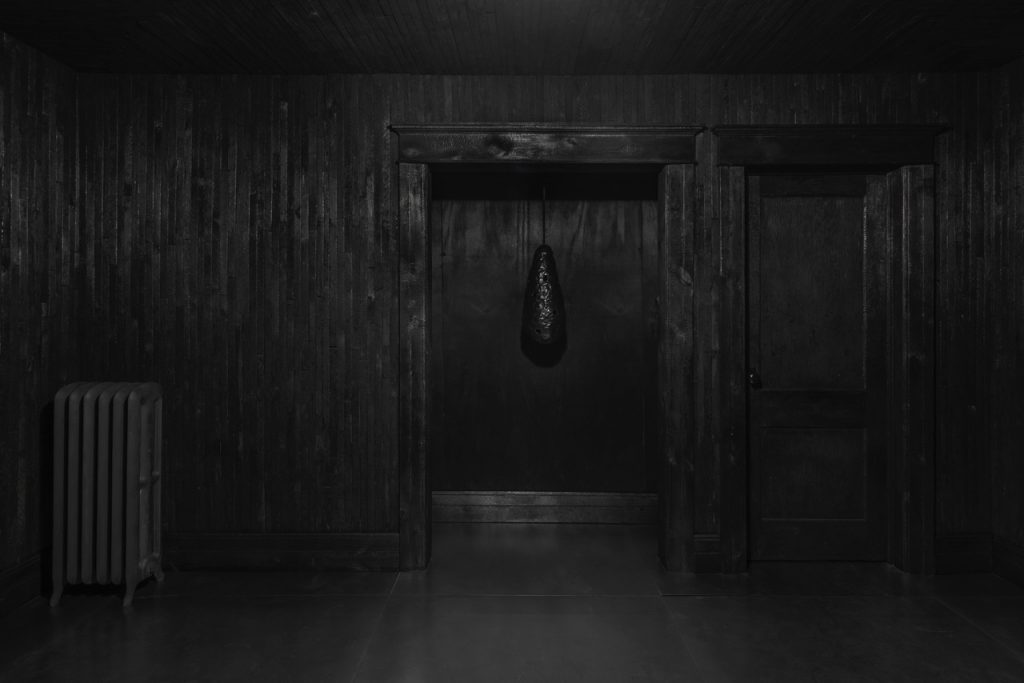 CLEVELAND — Maybe I haven’t yet recovered from binge-watching Stranger Things,  but my immediate reaction as I crossed the threshold into Unit 1: 3583 Dubois, an immersive installation work by Anders Ruhwald at the Museum of Contemporary Art Cleveland, was that I’d somehow stumbled into “the upside-down.” Ruhwald, a ceramic artist whose work has always displayed an extraordinary sensitivity to space, has meticulously reconstructed a Detroit apartment building he purchased back in 2014 for the purpose of the project. Mere weeks earlier, I had attended a birthday party at this location, and the clean, cheerful, and bustling environs of the real 3583 Dubois could not have provided a sharper contrast to the silent, windowless, blacked-over surfaces of the dark-side doppelgänger Ruhwald has created in Cleveland.

“It’s the most ambitious and comprehensive installation we’ve ever done in that space,” said Megan Reich, deputy director of MOCA, in an interview with Hyperallergic. “I’m really proud that we’re doing it with an artist who’s working near here, and also someone like Anders, who is both global and rooted at the same time.”

Reich worked closely with Ruhwald as the project evolved and unfolded over a period of years, which included a 2015 iteration of the piece, The Charred Room, at Volume Gallery in Chicago. But whereas The Charred Room lifted elements out of the apartment and placed them in a bright, white gallery setting, Unit 1: 3583 Dubois pulls the viewer completely out of the museum space, forcing an unsteady exploration of a dark and uncertain landscape, which directly mirrors the architecture of the apartment on Dubois, minus the windows, and is populated by a number of large ceramic forms.