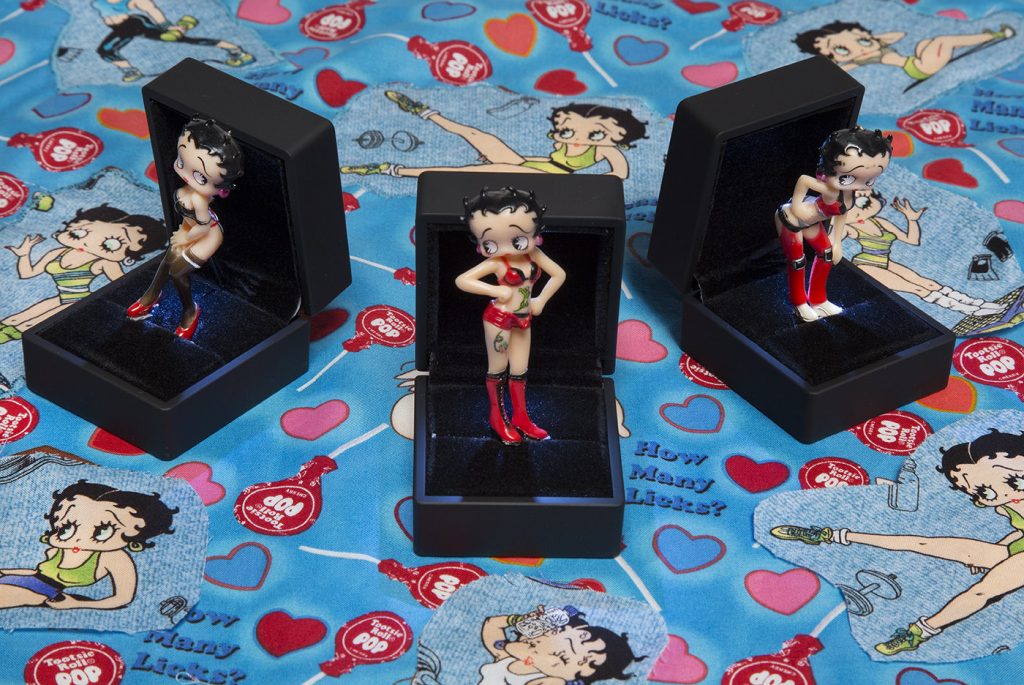 The magnificent K.A. Letts wrote a reflection for Rustbelt Arts on my show, Girlfriend Material, which closes this weekend at Public Pool. Saturday, Dec. 17, from 1:00-6:00 will be your last chance to see it, and I’ll be there making coffee, so come on over and say hey!

In Girlfriend Material, multimedia artist, writer and thinker Sarah Rose Sharp examines  the reductive archetypes that provide a distorting lens through which women are often viewed in American popular culture. She has gathered a small universe of cartoon females and set them up to play with and against each other, teasing out from these one-dimensional characters some three-dimensional thoughts on women and their place in the world.

A millennial feminist, Sharp is  aware that a multiplicity of roles are available to women but she also knows that female complexity and nuance are routinely flattened out and simplified in the popular imagination, the more easily to be consumed and digested.  And with the election of a known sexual predator and his cast of sexist cronies to the incoming U.S. administration, it looks as if Sharp’s observations are well calibrated to remain relevant for the foreseeable future.

If ya don’t know about Rustbelt Arts, covering A2 and beyond, now ya know! Of the many talented artists that I have mentioned should consider contributing their perspective as writers on their own scene, K.A. has taken me the most to heart, and she’s a shining example of expanding your art life in new directions. Thanks, K.A.! You’re the best!