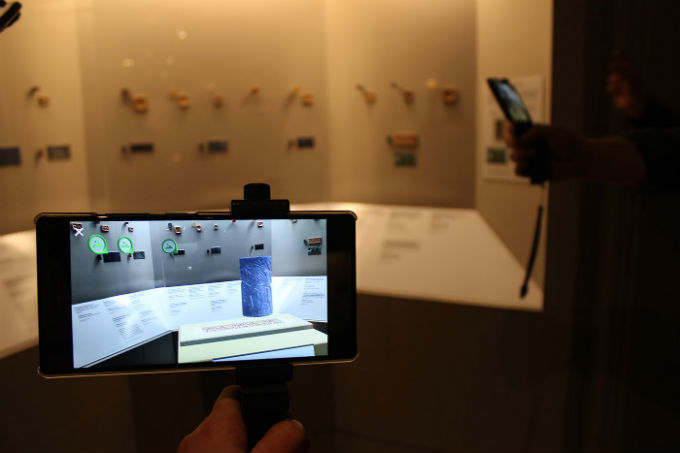 This week, the Detroit Institute of Arts previewed a new gallery tool called Lumin. With interactive elements created by the DIA’s interpretive team, Lumin uses an augmented reality platform built by a company called GuidiGO, which allows the user to interact with 3D animations, information and display directions as a way to supplement the experience of visiting the museum. Augmented reality has recently become commonplace with the advent of games like Pokemon Go!, but Lumin is attempting to use this virtual interface for expanding the educational and conceptual power within the museum—and it is the first major institution to roll out such a program.

“We’re not just about art, we’re also about technology,” said DIA Director Salvador Salort-Pons in his introductory remarks during the media preview on Monday, January 9th. “But technology should not be the substitute to replace the work of art—it should be the bridge. This technology is going to allow the visitor to experience the art more deeply.”

The Lumin technology runs via a series of handheld Android smartphone devices that can be aimed at specific exhibits to offer interactive interpretive features, as well as being used to generally assist visitors in navigating the museum more generally. The program was developed on Google’s Tango systems, and essentially operates like a kind of Google map inside the building—if you make one of the target exhibits your destination point, on screen directions will guide you there, creating a dotted blue line to follow on your device.

Once you arrive at an interactive exhibit—there are six in the pilot group, all located in galleries on the first floor—you can activate the “AR” option, which will unfold content to engage the viewer in one of three ways, described by DIA Interpretive Planner Megan DiRienzo as “Play a Game,” “See How it Was,” and “See the Unseen,” respectively.