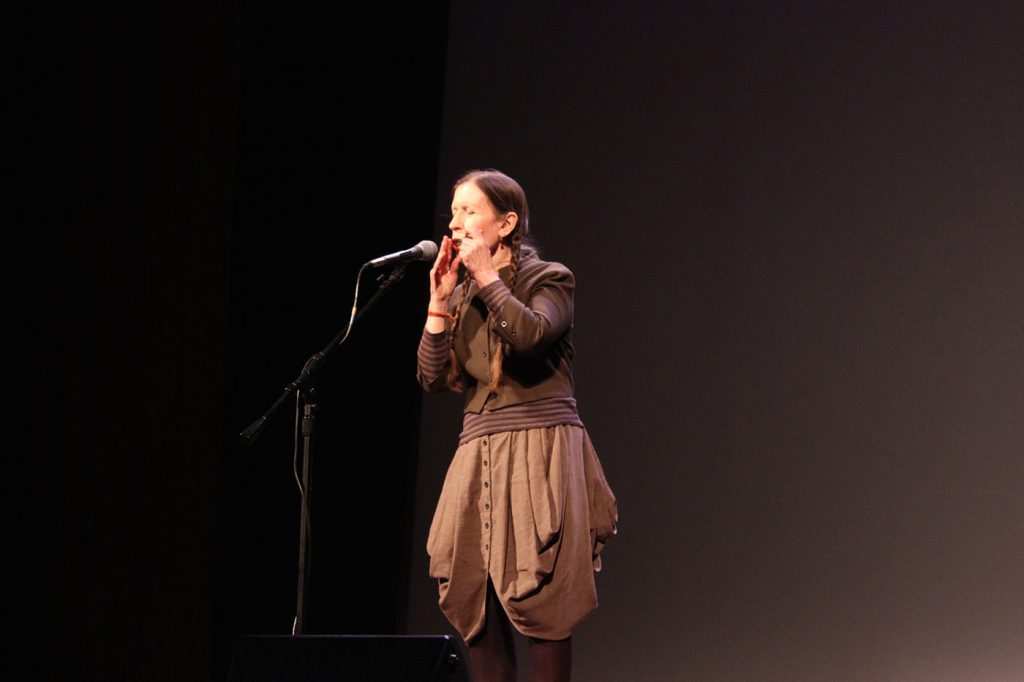 “Art is addicted to distraction.”

That was a bold statement near the conclusion of a lecture by Meredith Monk, part of the Penny Stamps Distinguished Speaker Series sponsored by the Stamps School of Art & Design at University of Michigan. Monk’s talk, “Pioneering Performance,” offered an overview of her dynamic 50-year career in discipline-shattering multimedia performance art, a few snippets of live performance, and primed the audience for a staging of her newest musical theater work, On Behalf of Nature, which will take place on Friday at the Power Center. On Behalf of Nature was released by ECM Records in November of last year, and this month is the fourth anniversary of the debut performance of On Behalf of Nature.

In the part of her lecture that focused on this most recent work, Monk drew together some of her overarching themes, including Tibetan Buddhism, meditative performance, and the shamanic tradition of giving voice to things that don’t have voices of their own. Within this tradition, she identified two main tenets for On Behalf of Nature: telling the truth, and embodying forms of nature. Because the musical components of the work are incredibly complex, Monk described developing the choreography of the accompanying movements as “giving myself courage to have those elements be simple.”