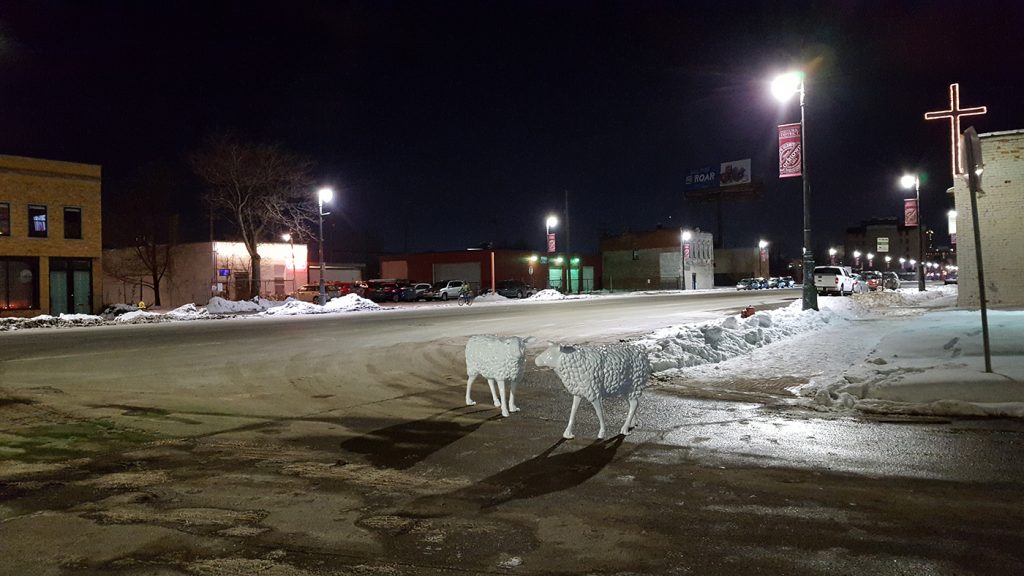 The People First Project is helping to revitalize Corktown, one of Detroit’s oldest neighborhoods, by leveraging a 2016 Knight Cities Challenge grant to create a series of temporary changes along the busy Michigan Avenue corridor. The ideas help people better connect with public space, while promoting collaboration among the city’s creatives and urban innovators.

“One goal of the People First Project was to see how this method of city making could transform Michigan Avenue,” said founder Chad Rochkind, “but another goal was to build local capacity and understanding about alternative methods. … I think it’s important for the people to assert themselves in the shaping of public life.”

“A common thread between all those cities is a coherent urban fabric of walkable streets and parks and other public spaces,” he said. “Spaces where people can linger, explore, get lost, daydream… It’s the serendipity of public life that makes cities so enthralling, and ultimately leads to their economic and cultural strength.”

While working on his master’s thesis at New York University, Rochkind coined the term “alterurbanism” to describe the confluence of a new generation of artists, urban planners, architects and regular neighborhood folks recognizing the power of intervention in public spaces. He launched his theory into action in Detroit, beginning with a parklet in front of Astro Coffee, which was funded by a $5,000 mini grant through the K880 Emerging City Champions Fellowship program.