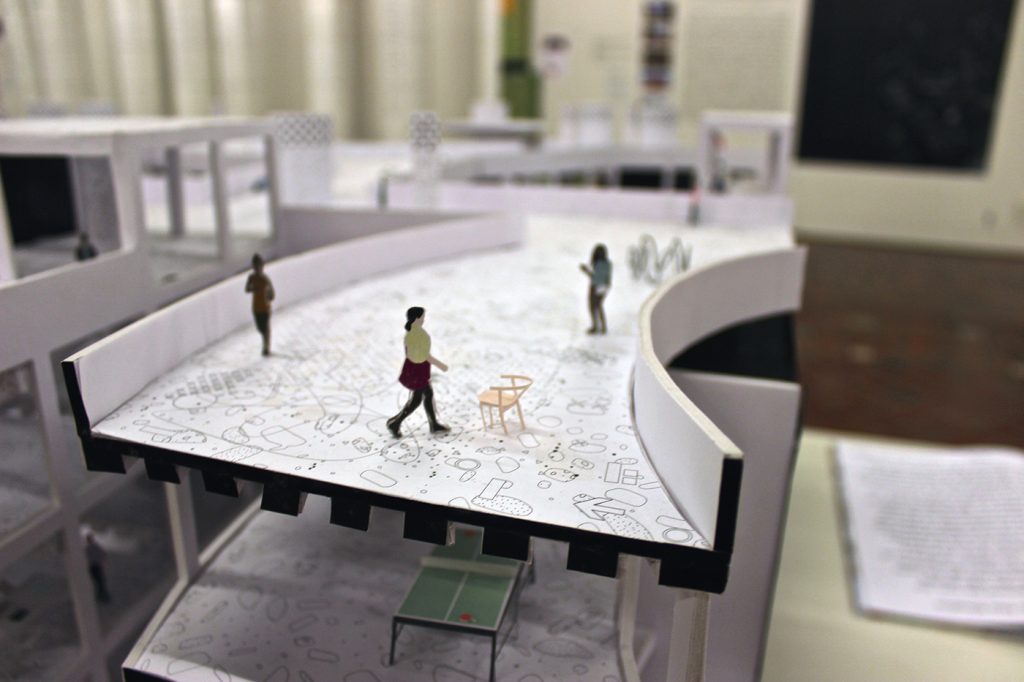 Since becoming the first U.S. city to receive a UNESCO City of Design designation, Detroit has been abuzz with the potential of design to shape the future of life in the city. From the 2016 Detroit Design Festival—which included a two-day summit of panel discussions about the many concerns and influences of a design-based approach to social and cultural intervention—to anticipation of the return of DLECTRICITY in the fall of 2017, Detroit has had design on the brain. These forays into Detroit’s conceptual potential have not merely been restricted to local reflection; as Detroit joins a cohort 47 of cities in 33 countries around the globe that form the United Nations Educational, Scientific and Cultural Organization (UNESCO), it is more than ever the focus of international attention. And the Detroit Creative Corridor Center, a nonprofit group that acts as the steward of the city’s UNESCO designation, received $1 million from Knight to support a 10-year vision of the metropolis as a UNESCO City of Design.

This attention was recently crystallized when Detroit was honored as the representative city for the United States Pavilion of the 2016 Venice Architecture Biennale. Collectively titled “The Architectural Imagination,” the exhibition featured the works of 12 teams of architects, selected from more than 250 submissions, and presents a version of Detroit visible through a highly imaginative lens. Following its run at the Biennale through November of 2016, the exhibition has come to the MOCAD (a Knight Arts grantee), where it will be on display through April 16.

This dense and fantastical exhibit features projects proposed around four sites—a section of the Eastern Market/Dequindre Cut area; locales within Southwest Detroit, colloquially known as Mexicantown; the city’s central post office, located on Fort St. and abutting the Detroit River along its deactivated southern face; and the Packard Plant, a former automotive manufacturing facility, and the single largest contiguous industrial ruin in the United States. With these areas as their jumping off points, architectural teams from around the country presented a dazzling array of models and visualized data.