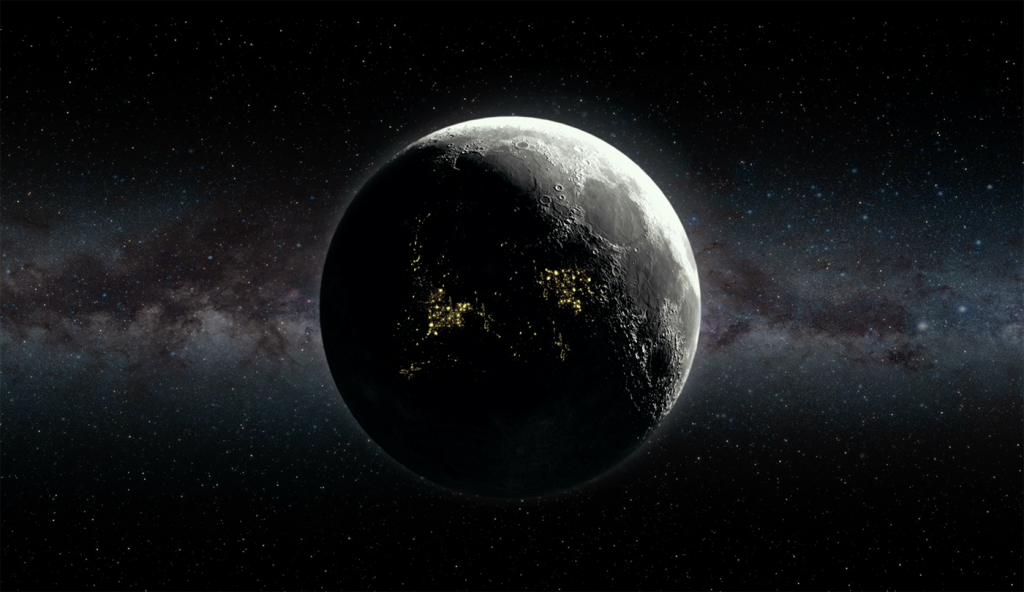 Can we make art that transcends petty terrestrial concerns? The Museum of Contemporary Art on the Moon (MOCAM) has drawn together a diverse group of contemporary artists (including myself) to create work for a speculative museum that might one day exist on the moon. MOCAM was conceived in 2016 by visual artist Julio Orta in response to what he views as “the inevitable creation of human communities on the moon in the near future.” The museum purchased a plot on the moon through a website that issues deeds for property. The territory spreads over 20 acres in area D6, Quadrant Charlie, Lot Number 1/0581-0600, located 001 squares south and 001 squares east of the extreme northwest corner of what the deed terms “the recognized Lunar Chart.”

“Although governments and private entities are working on tourism and colonization of the moon, they seem to have no concern whatsoever for the arts,” states the MOCAM mission statement. MOCAM is working to address that situation, and in conjunction with the Indianapolis Museum of Contemporary Art, has begun a process “dedicated [to] displaying the most interesting, cutting edge, relevant art from the world, moon habitants, or in the case of future encounters, any other form of intelligent life we may meet.”

The inaugural show, Mystic Hyperstitians in the Heart of Empire, is being staged as a thought experiment of MOCAM on its online digital proxy, but the same works are also physically part of a bigger show, The Museum of Real and Odd, which opened at the Indianapolis Museum of Contemporary (IndyMOCA) Art early February. Mystic Hyperstitians was curated by Joey Cannizzaro, who chose to organize the show around the following prompt: “If extolling the virtues of self-expression and individual genius actually empowers capitalist ideology, then how can artists make work that is anti-conformist without promoting the values of individualism and its attendant isolation?”

After being invited to collaborate with artist Cedric Tai on his piece for the show, I took the opportunity to interview MOCAM founder Julio Orta and inaugural curator Joey Cannizzaro over email, who unpacked the inspiration, implications, and future prospects of the museum.