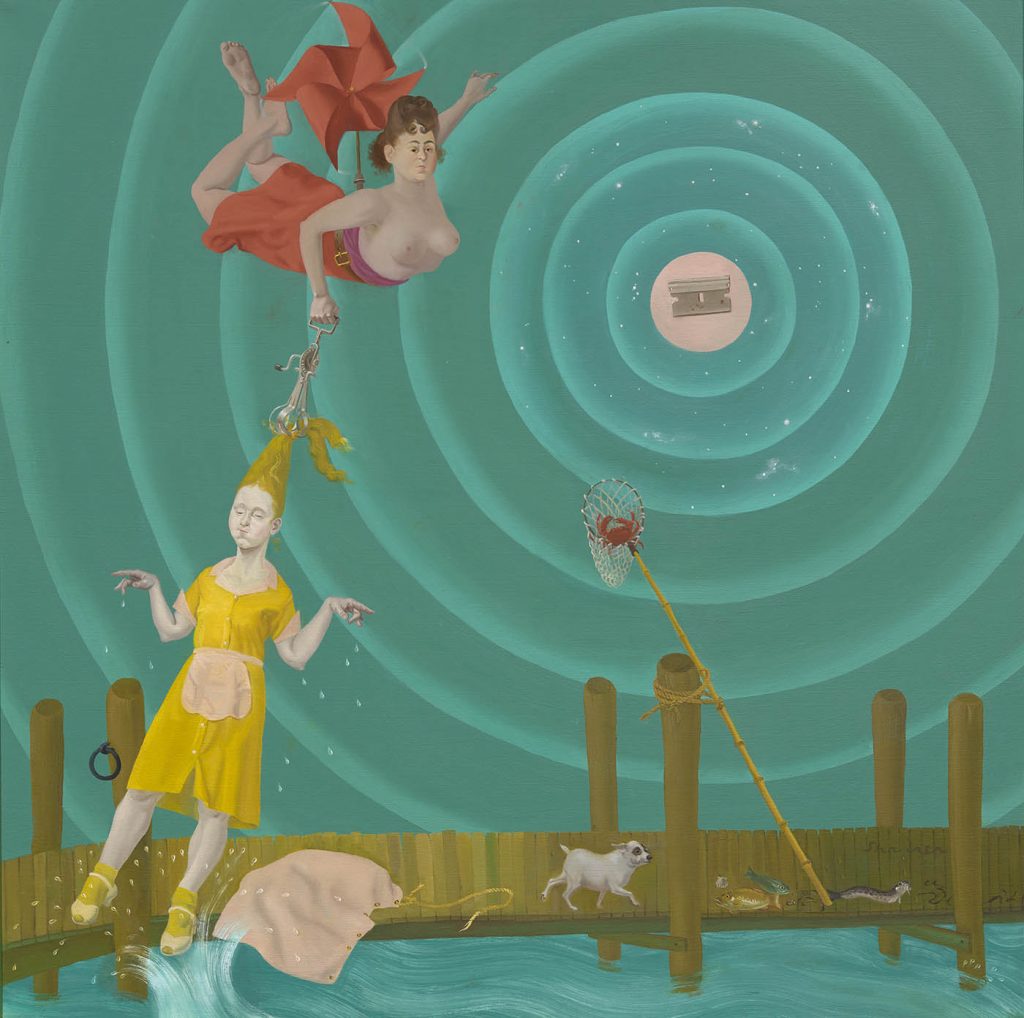 I have to say, I don’t tend to care much about paintings. I am usually not of the type to get lost staring at a painting for an hour. But this show at CMA is heart-stopping, and if you have any opportunity to go see it, I strongly suggest you do so.

COLUMBUS, Ohio — Perhaps the most initially astonishing thing about American Surrealist artist Honoré Sharrer (1920–2009) is the fact that so few people have heard of her. Though she received some acclaim as a young painter, Sharrer faded from public view early in her career, eclipsed by the prevailing trend of Abstract Expressionism and forced to move to Canada in the mid 1950s because of her outspoken Communist beliefs. If those factors weren’t enough to condemn Sharrer to a life outside the spotlight, there was also the endlessly damning circumstance of her being a witty, talented, strong-minded woman in pursuit of her own vision. She was dogged in her convictions and a master of her medium.

A Dangerous Woman: Subversion and Surrealism in the Art of Honoré Sharrer at the Columbus Museum of Art (CMA) is the first survey since the mid 20th century of the artist’s works, many of which are on loan from her estate. Walking through this reconstruction of her decades-long career, what stands out the most is the progression of her subject matter and style. Sharrer seems to have simultaneously possessed the ability to emulate other painters and to express her own singular perspective. Some of her early portraits demonstrate an interest in and aptitude for the techniques of the Northern Renaissance masters; later works evoke Norman Rockwell’s razor-sharp observations of quotidian American life (not to mention the similar struggles he faced, due to radical politics). Still later, Sharrer presents a Surrealist worldview that would be perfectly at home alongside the work of Gertrude Abercrombie.