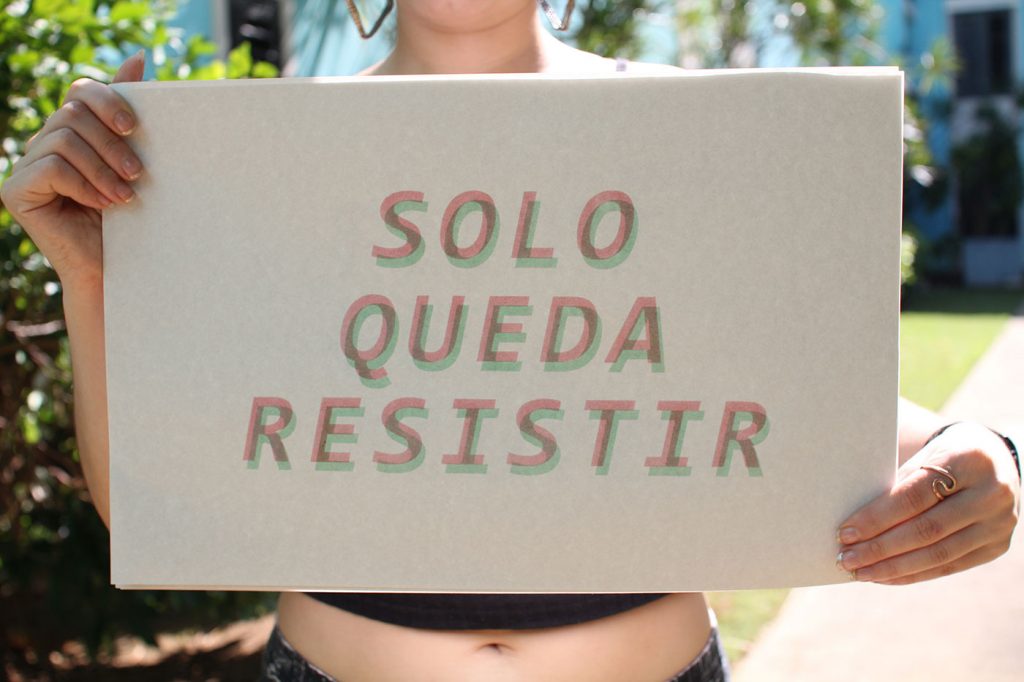 DETROIT — Contemporary vernacular has a way of turning specific terms into more general concepts (for example, “OCD” and “addict”), which can lead to the erasure of those who suffer from the traditional condition. “Colonizers” is one of those words. While its mainstream use — as a kind of shorthand for the entitlement and resource grabbing committed by primarily rich, white gentrifiers of places populated by poorer people of color — is understandable, it has the unintended side effect of eclipsing the fact that the United States still holds a quasi-colony: Puerto Rico. The island nation has been a colony of the US since 1898; Puerto Ricans were granted American citizenship in 1917, but they do not have any representation in Congress.

“The relationship has shifted throughout the 119 years of colonial rule, but has always been fraught, and so the current moment should be understood within that historical context,” artist Teresa Basilio told Hyperallergic over email. Basilio is one of four Puerto Rican artists and organizers — the others are Sofía Gallisá Muriente, Adela Nieves, and Ariadna M. Godreau Aubert — coordinating the Detroit/Puerto Rico Solidarity Exchange Network. The project is part of an ongoing effort to connect Puerto Ricans on the island with those in the diaspora (the organizers live, variously, in San Juan, Detroit, and New York City). “Fostering relationships among [these communities] has been difficult, for a host of reasons too lengthy to encapsulate here,” said Basilio.

Currently, the team’s efforts are focused on bringing a delegation of nearly 30 Puerto Rican activists and community leaders to the Allied Media Conference in Detroit (where another eight members of the delegation are based). At the event, held June 15–18, there will be an all-day gathering of Detroit and Puerto Rican organizers, where they can share their work and strategize about building a stronger movement for the self-determination of their communities.

Image: “Solo Queda Resistir” (Only Resist), one of a series of Risograph posters with slogans for 2017 from artists, philosophers, and friends, produced by Sofía Gallisá Muriente with the women arts collective Unión de Jevas Autónomas; available in the Detroit/Puerto Rico Solidarity Exchange Network art auction (all images courtesy Teresa Basilio)