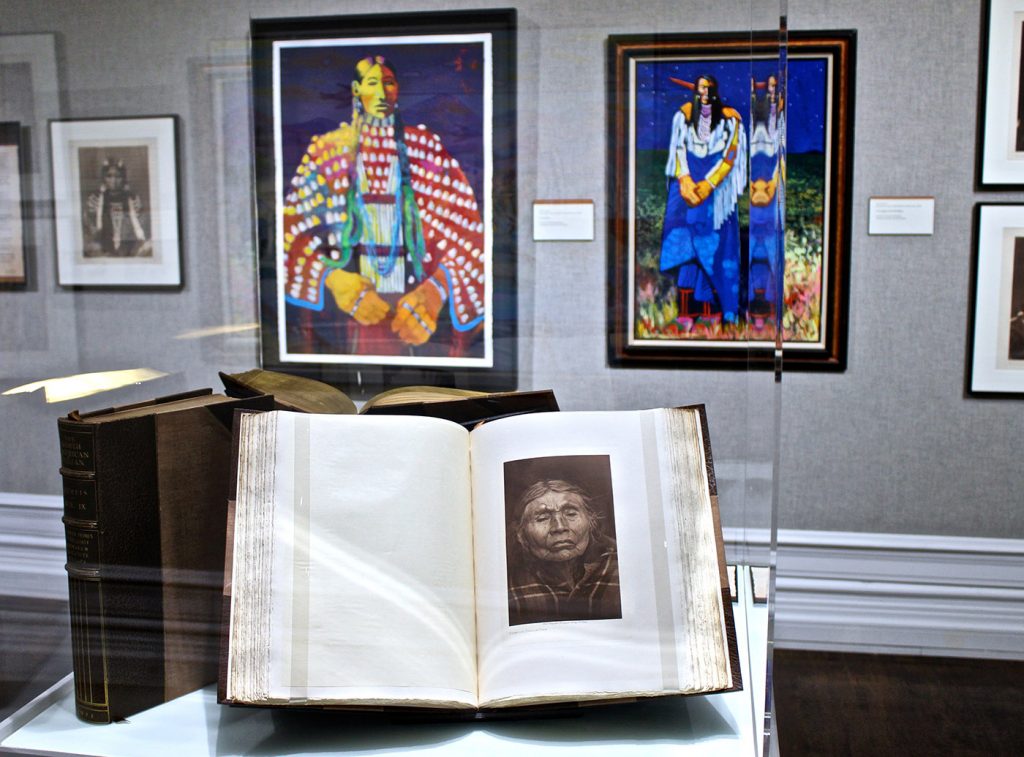 MUSKEGON, Mich. — Can one come to a revelation through a visit to an art museum, or is it something that can only be arrived at through a more intensive personal journey? This is the question that emerged for me as I visited the Muskegon Museum of Art for Edward S. Curtis: The North American Indian, a massive installation of the 30-year-plus ethnographic survey of surviving Native American culture by turn-of-the-20th-century, Seattle-based photographer Edward S. Curtis.

The North American Indian is a seminal and controversial blend of documentary and staged photography — one which contributes to much of the foundational imagery and, often-stereotypical, understanding possessed by white America about some 82-plus native tribes that the United States eradicated over a century of colonization. Much has been made about the complexities, contradictions, and conflicts of interest in Curtis’s masterwork, by Native and non-Native scholars. Some argue that in staging photographs and, at times, adding props or accessories, Curtis took liberties with the concept of ethnography, both imposing and reinforcing white notions of Native American appearances and culture. Others argue that without Curtis, there would be hardly any extant imagery of the cultural heritage of the tribes he worked with.

The Curtis exhibition at the Muskegon Museum of Art raised, for me, compelling questions around our individual and institutional tendencies to justify the art that we find interesting. It is undeniable that the 723 portfolio images lining the walls of the Musekegon’s galleries — as well as a 20-volume edition gathering 1,500 additional photos and ethnographic research carried out by Curtis in cooperation with tribes west of the Missouri River — represent a remarkable accomplishment. They are fascinating photos, and managed to chronicle what Curtis called, “the lifeways and mores of all the tribes who were still relatively intact from the colonialism and the invasion of Anglo culture.” Beyond ethnography, many of them are also formally beautiful works of art.