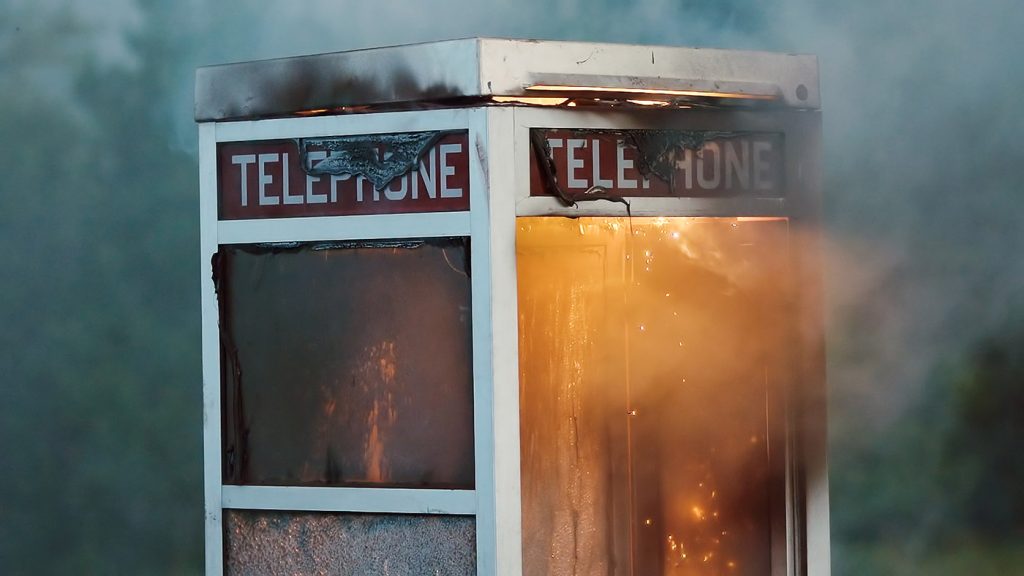 DETROIT — The caller speaks with an urgency that borders on desperation. He is disturbed but polite, engaging, and inquisitive.

“I was angry,” he says. “I walked right out of the bank, I spun around — I had a milkshake in my hand — and I hurled it at the plate-glass window on your bank. Not my finest moment, I’m going to be clear about that.” He employs the measured tone that acknowledges the need for assistance in the face of confounding circumstances. The customer service representative is baffled, but attempts to help within the limited scope of his power to do so. The situation comes to an unsteady resolution, and another begins.

These conversations are orchestrated by artist Frank Heath, and the finished works are video collages that incorporate found footage, staged effects, and slow-moving B-roll shots of birds, buildings, and the spread of a McDonald’s Shamrock Shake on hot pavement. Heath collaborates with performers, in this case, actor Jesse Wakeman, to initiate conversations with call center representatives, under the guise of service requests that quickly devolve into open-ended registers of existential distress — in the case of the above scenario, the infiltration and destruction of the narrator’s memory palace by a pigeon, which he suspects was a retaliatory gesture for the milkshake incident. This work, titled “War Pigeon” (2017) and a second one, “The Hollow Coin” (2016), are on display as part of Red Room, a solo show at Young World.